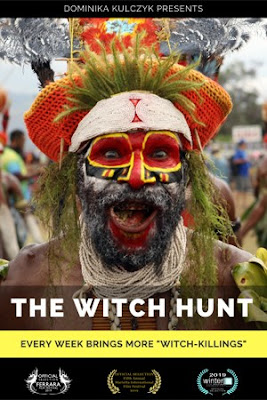 THE WITCH HUNT
Excellent look at the growing violence in New Guinea where the 800 tribes and languages and the lack of real contact with the outside world has sparked a growing number of attacks on people believed to be sorcerers. Managing to explain why rational people would take superstitious beliefs to an extreme level THE WITCH HUNT gives us much to chew on beyond simply telling a terrifying tale of fear running rampant. Highly recommended 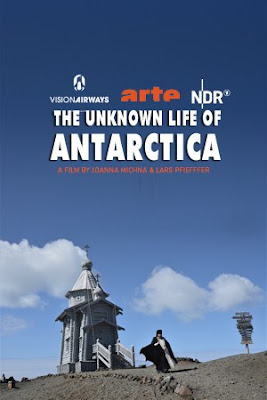 THE UNKNOWN LIFE OF ANTARCTICA
A good, but unremarkable look at the various people who spend time at the bases on  King George Island. We watch what it takes to be at the various bases as the scientific experiments are performed. Slightly unfocused in the telling (some details about  where the bases are isn't given for ten or fifteen minutes after the start of the film as we watch tests about penguins and drones)  the film improves once we start to know the various people living at the bottom of the world. I would be curious to see the film in German since the English narration makes the film feel like a run of the mill Discovery Channel documentary instead of a big screen feature film. Regardless of my quibbles the film is worth a look for anyone with an interest.
Posted by Steve Kopian at February 18, 2019