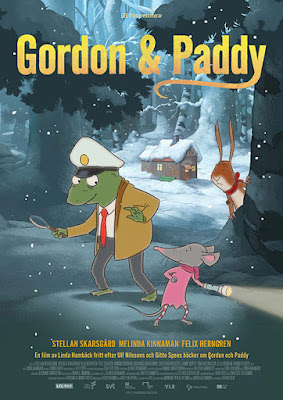 Gordon is a toad who acts as the police for the forest. Ideally he'd like to retire. When a rabbit comes in claiming his nuts had been stolen Gordon goes to investigate. He discovers a lone mouse, named Paddy, stealing a single acorn. realizing the mouse is not the real thief, Gordon makes her his assistant and the pair begin to look in the theft.

Nice little police procedural for the younger set, GORDON AND PADDY is a charmer. Filled with great characters and a couple of intriguing mysteries, the film delights as it keeps you in suspense. Its the sort of film that is going to make you want to track down the source books so that you can see what other adventures the duo has together.

If  I have to quibble about the film its that the film is being screened at the NYICFF in a subtitled print. While that is fine for older kids, it will cut out a bunch of the younger ones who can't read the subtitles. Forgive me, this is, ultimately an all ages film and I hate that whole bunch of kids who will love it won't get to enjoy it.

GORDON AND PADDY is recommended for mystery lovers of all ages. It plays again at NYICFF this weekend and next. For more information and details go here. 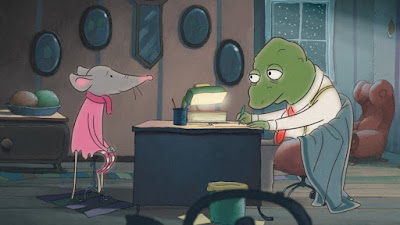