Here are my thoughts on the films in the Girls POV collection from this year's NYICFF. Its a really good collection of shorts with a couple of true standout films 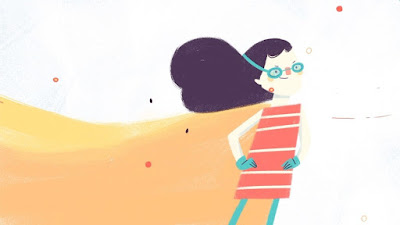 Preschool Poets: Supergirl
Sweet minute long piece about dreaming of being a superhero 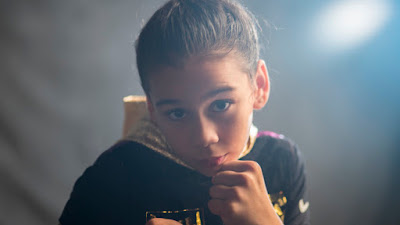 Jesszilla
Portrait of Jesselyn Silva a young girl who loves to box. This is great little film about a wonderful young girl who isn't afraid to box (but is terrified of rollercoasters.) This is a glorious film that needs to be shown to girls everywhere so they know there is nothing that they can't do if they want to.

7 Planets
A space obsessed girl is certain a far off planet in habitable. An interesting concept works a little too hard for an okay pay off. This would have been better longer so we could have known a little bit more about Cassie so we truly felt something at the end instead of knowing what we should have felt. Stories Floating on the Wind
Images that fill the sense in a small coastal town in Japan. Beautiful little film is impossible to describe as image and sound excite all of your senses. Very cool. A must see especially on a big screen where it will truly over whelm you. 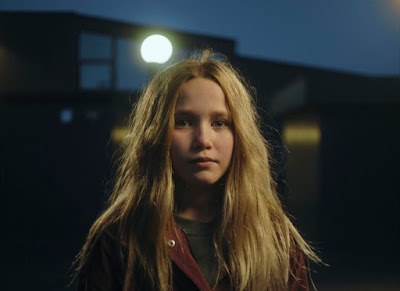 Hvalagapet
A young girl ponders what will happen if she says something to the boy she likes. Beautiful, lovely and echoes something we've all been through. 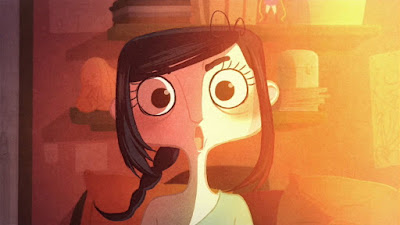 My Body
A young woman has visions of her body changing. A good little film.

The Shadow of Cairo
A young girl tries to retreat into being a superhero after the death of her mother but finds more danger than she imagined. I liked this film and I understand what it trying to do but at the same time I'm not certain the tone is ever right. Is this supposed to be amusing or deadly serious? Then again I don't think I'm the intended audience for this film. 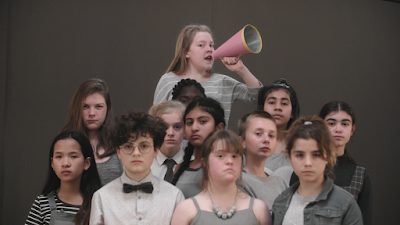 A Field Guide To Being A 12 Year Old Girl
12 year old girls explain what it's like to be a 12 year old girl. This is a very very funny film that tells it like it is. This is an absolutely lovely film. A joy and one of the best films in the collection.