OscarFilms A STAR IS BORN, GREEN BOOK and VICE 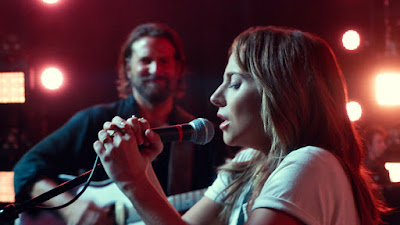 Star is Born
Or as I like to call it 3 performances looking for a movie.
Remake of the classic story sputters and putters its way through 135 minutes or so as Bradley Cooper finds Lady Gaga, and makes her a star as Sam Elliot looks on. Good performances are lost in a film that dramatically never is believable as Bradley Cooper’s charming lead mozies down the road to ruin. While we can buy most things that happen, there simply isn’t enough to Cooper’s character to accept his tragic end. Actually we simply don’t know enough his character to feel we know anything about him. His performance is great, the character is grossly under written (someone other than Cooper should have written it so there was more on screen). As for Cooper’s filmmaking it’s okay. Cribbing way too much from other filmmakers and other similar backstage films this Star is Born never feels like its own movie. It’s just an imitation of some other better films. 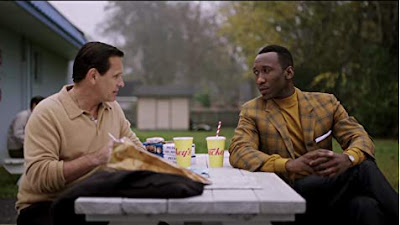 Green Book
Viggo Mortensen and Mahershala Ali tell the story of Tony Lip who drove Dr Don Shirley on a concert tour of the American South. An amiable tale of two men facing the racism in America it is a the sort of movie that would have cleaned up at the Oscars twenty or thirty years ago. While it is an amiable buddy film with a serious edge, you can’t help but like both Lip and Shirley because if the actors portraying them, it really isn’t quite deserving of all of the awards it’s won. Yes, the performances are excellent and deserving of note, but outside of that the film is no better than good. It’s a warm and fuzzy tale that too many people have mistaken for something deep. (I think if I saw this with no expectations of “greatness or meaningfulness” I think I would have liked it more) 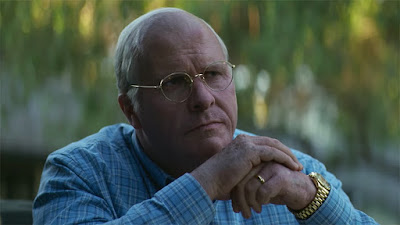 VICE
Scathing portrait of Dick Cheney and his rise to power mirroring the fragmenting of America is a film I can admire more than like. A take no prisoners take down the Cheney and the Republican Neo-Con take over of the country reveals how a bunch of guys just looking for power and money took over despite ultimately believing in nothing except their side (whatever the hell that is) is right. Its a brutal look at what happened and why- but it's so arch and goofy that it trips over it's baggy pants and falls on its face. Yes, Christian Bale is great as the man himself but he is also kind of dull with the seeming lack of emotion.  The movie it self is tries too hard to be funny but it only clicks in moments (Alfred Molina's waiter for example).
Posted by Steve Kopian at February 16, 2019