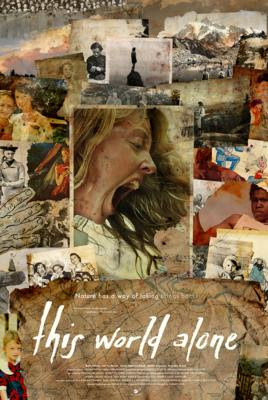 After The Fall, some great cataclysm that wiped out most of humanity, Sam, teenage girl lives in the wilderness with her mom and another woman. Taking care of hat has to done they feed their souls on books. However she feels the need to go out and see the world. A long the way she meets a young man out journeying.

A good cast and nice sense of the world almost make up for a plot line that has been done to death. We've been here before any number of times over the last few years even including the religious zealots (last year's's WHAT STILL REMAINS comes to mind)). Five minutes into the film you will know exactly how this is going to go and it will break your heart. Its not you will be heartbroken by a bad film, but rather that a film that can create such a wonderful world with such a good cast squanders it by taking the most traveled path.

To be fair how you react to this film will be determined by how many variations of this plot you've seen. If you've watched more than one or two your enjoyment level will be mitigated by the familiarity. If you haven't seen many or are about Sam's age odds are you will eat this up.