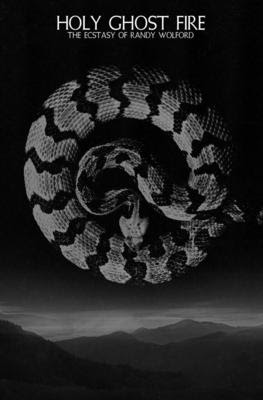 Nicholas Laviola’s portrait of Randy Wolford’s final service is deeply disturbing. A Pentecostal Christian minister leading a service in a West Virginia park, things were going well until the snakes were brought out and one of them bit him after he had drunk some poison. We watch as the service continues, some try to heal him and the poison slowly takes him.

It is one of the most disturbing experiences that I’ve ever had watching the film. You will forgive me I don’t like to watch people die. In large part my unease is due to the fact that I had thought this was going to be a conventional exploration of the events on that May day in 2012. I didn’t think that the film was going to be the service with some other footage mixed in. There is no commentary, just the service with images of the land in and around where the tragedy went down. With no guidance we are left to ponder what it all means.

A week on I’m still pondering.

I really don’t know what to say. This is an alien world to me. I can’t imagine just leaving someone to die when help could be at hand. That is of course my choice and not the choice of the late Mr. Wolford. His faith took a different path than mine. Watching Wolford go down that path raises all sorts of issues that I am wrestling with still.

Because I still am pondering the film I don’t know if its good bad or indifferent. It is most certainly one of a kind. I don’t know if this is something you’ll want to see or not. Yes it will raise issues, Yes it is an experience. You’ll have to decide f you want to go there.

Easily one of the most powerful films I’ve seen in a long while.
Posted by Steve Kopian at February 09, 2019