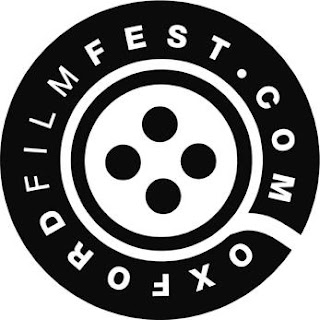 A few years back I had one of those back alley experiences that result in being kidnapped and becoming a religious zealot preaching door to door. You know the one where someone says to you “Hey wanna see something cool” and you go look and they throw you in the back of van and you end up in a land where nothing is quite the same.

For me it was a certain young lady sending me an email about the Oxford Film Festival. She said I should take a look at the really cool films screening at a film festival in Oxford Mississippi because they were really good. She was right. That first year a good number of the best films I saw all year came from the festival.

More importantly not only were the films good but the people connected with the festival were great. Rarely have I had such a great time exchanging emails about the fest  and films...and even nothing in particular. In the course of a couple of days I seemed to become great friends with anyone I spoke with. They were so good that in the days running up to the festival I considered making a mad dash to Oxford. I didn’t go, I couldn’t make it really work with time off from the day job, but every year I seriously consider going just because I want to meet the people in Oxford.

Starting Wednesday the tents and screens are up in Oxford and the festival has come to town. The same lovely people I've been talking to for the last few years are throwing a wild and crazy cinematic party and everyone is invited.

Based on what I’ve seen of the selections the festival is another killer. I am looking forward to wading into the goodies and seeing what’s there. While I’ve seen some films (see below) previously there is still hell of a lot of films I haven’t and over the next week I’m going to wade into the cinematic confections and report back in the hope of finding the next big thing.

For those looking to make a choice of what to see here are links to the films we’ve reviewed over the last year at Unseen Films. Click on the title and be taken to the review.

And I want to add that I have seen AT THE END OF THE DAY. The story of a right wing man trying to stop a home for LGBT people in a conservative neighborhood and finding he was wrong is a sweet little film. There is a review at Unseen somewhere but I can‘t find it.

If you are able to do so I suggest you go see something and meet the wonderful people who put on a party for any film fan who wants to see some good films and make some new friends.

For tickets and more information go here.
Posted by Steve Kopian at February 04, 2019