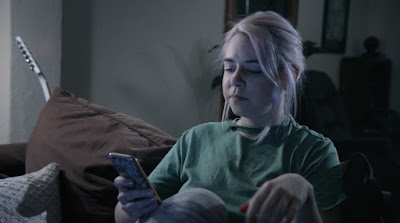 Premiering today 20th Century Faux is a series of comedic short films running anywhere from a few seconds to under four minutes. Mostly titled for big screen features the films are kind of impossible to discuss since doing so would wreck the punchlines of all the jokes. And that is what the films all are cinematic build ups to a punchline.

Honestly they run the gamut from really bad and in bad taste to very funny and really clever. Because the films and their humor are all over the place I won’t presume to know what you are going to find funny. I will say that I found the shorter ones better than the longer ones (On Any Given Sunday excepted). I say this because the build ups tend to much too long for punchlines that aren’t up to it (say a dick pic).

Are they worth your time?

Taken as a whole yes. I was gifted and was able to see all 16 films in one sitting which I think worked better since it put me in a head space to appreciate the humor more. The ones that seemed disposable at the first worked better in context of the madness of the whole set.

20th Century Faux premieres today with the release of the first four films and pod cast about them. Four more will be released on each of the next three weeks along with a new podcast. To see them or for more information go here.
Posted by Steve Kopian at February 26, 2019