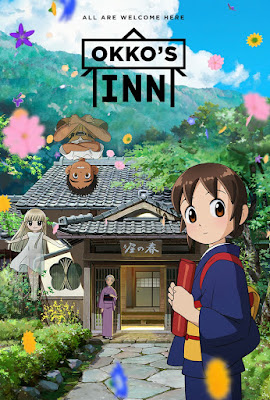 Based on a series of 20 children's novels which were then turned into a manga and TV series OKKO'S INN if the story of young Okko who moves in with her grand mother after her parents are killed in a car accident. Deciding to help her grand mother run the inn the young girl is helped by the ghosts of her grandmother's best friend from when she was a child and the sister of her rival in life and commerce, not to mention a bell demon who has a knack for bringing people into the inn.

Lovely and charming little film will delight you and bring a tear to your eyes with its honest and heart felt emotion concerning the comings and goings of friends, and the learning that we are never really alone. The audience at the New York International Children's Film Festival that saw the World Premiere of the English language version laughed and cheered and sniffled in all the right spots.

If there is anything really wrong with the film is there are a couple of times in the second half when I had the feeling that there was more to somethings than we were being told. It wasn't that we didn't have enough details but simply some back story to make the moments come fully to life. When I found out about all the previous source material it made perfect sense that things were left out of a 95 minute film.

Regardless of  any quibbles, OKKO'S INN is a charmer of the highest order. You will get misty at times.

The film plays one more time at NYICFF on March 10th, but it is currently sold out. However they often release tickets and they do have a standby line so keep checking the website for details.

Additionally the film will be playing as a Fathom Event on April 22 and 23rd. For tickets go here. 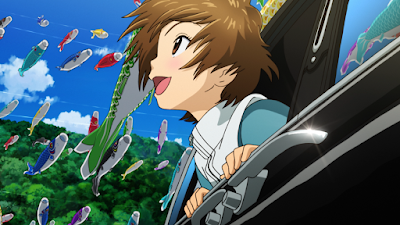