Slamdance Shorts HANDS AND WINGS, 11010, ALL ON A MARDI GRAS DAY, and ROUGHLY DELICATE

HANDS AND WINGS
A handicapped young man fantasizes about the angel he in love with and... I don't know. There is something here, but there also kind of isn't. The film tries awfully hard to set a tone and make a point but it never manages to make the premise work to the point where it wasn't just uncomfortable. 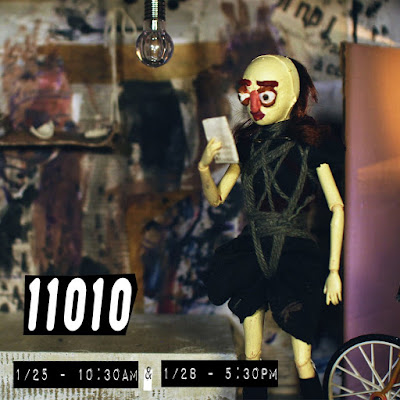 11010
Really off the wall animated short about people getting sucked into a virtual world. Assuming you get past the really weird visual style of the stop motion characters this is a film you'll either love or wonder what the hell is going on- I'm of the WTF was that camp. 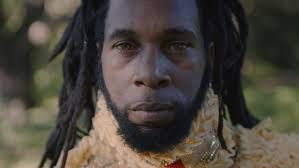 ALL ON A MARDI GRAS DAY
Stunning and glorious portrait of Desmond, who works all year on his Mardi Gras suit, which he wears each year in the battle to see who is the prettiest. Truly wonderful portrait of a man, a culture and the worlds Desmond lives in will open your eyes and your mind to a new world and a way of getting by. I don't know what to say other than this was one of the real treasures of this year's Slamdance- May it have a long and profitable life everywhere

ROUGHLY DELICATE
Intriguing portrait of Chinese women who shoot guns and dance (not at the same time) as way of dealing with their lives. Proof positive that what you expect someone to be is not necessarily who they are asthese women mix old and new ways of passing the time. Absolutely worth a look.
Posted by Steve Kopian at February 02, 2019