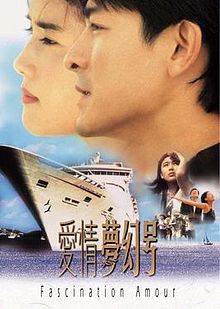 Rich man and his entourage take a poor girl on a sea cruise because he's suppose to be married and his mother keeps fixing him up. He plans on giving her a blow off  but finds himself falling for her. The usual complications arise.(more or less)

Okay romantic comedy, is actually not a bad time killer. The problem is that it has the feel of a film that was made by the numbers rather than because any one cared. Its not bad, but at the same time I wish I had connected more...then again I will probably watch it again which says a great deal.
Posted by Steve Kopian at February 14, 2019