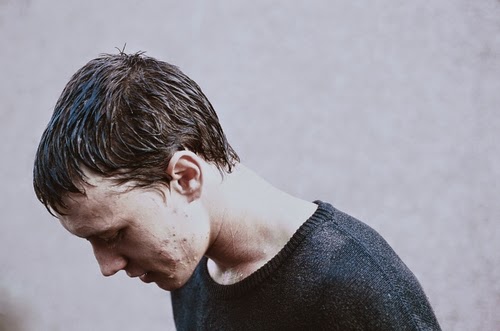 Currently playing in a single theater in Los Angeles  FOR THOSE IN PERIL is a film that wonderfully doesn't look like most other films that are coming out of the UK. Its a film that speaks loudly with its own voice from the first frame and we are so much better for it.

A mix of documentary, found footage and drama the film the film puts us into the life and head space of Aaron the only survivor of a tragic boating  accident that left five people dead. Blamed by the town as being responsible Aaron walks on the fringes of society and his own family. Everyone wants to know why he survived, and everyone else, including his brother died, Unfortunately he can't remember exactly what happened which makes everyone hate him more, what is he hiding. Desperate to make it all go back to the way things were before Aaron hatches a crazy plan...

Watching events play out FOR THOSE IN PERIL one finds oneself walking that line between what is and what might be. Trapped in Aaron's head we are forced to believe that maybe he can bring his brother back, and while the loss of his brother is what primarily concerns him also at stake is his place in the community which has effectively thrown him out. No one except his mother, and his brothers girlfriend will talk to him.

Walking a fine line between realism and magical realism the film is ultimately a kind of mourning song for those lost and the pain suffered by the survivors. In a world of superstitions, where anything can be a portent of some form of fortune anything is possible. Anything is also possible for those grieving and hurt, there is always much wishful thinking done in the hope that the pain can be removed, even though we really know it can never be.

George MacKay gives a masterful performance as Aaron. Running the whole spectrum of emotions he makes the pain of his loss and the rudderless nature of existence very real We not only can see his pain but we feel it and strangely as alien as some of his thoughts and actions are at times we completely understand what and why he's doing and feeling. While I should name and credit the rest of cast who are equally good, it's MacKay's fine work that makes the film go.

Additionally the work of writer director Paul Wright needs to be noted and celebrated,  A masterful and emotional script is brought magically together in a variety of styles that blend together seamlessly. The blending of drama, found footage, documentary mixed with a dash of avant garde make for a living and vital expression of a person headspace and emotional landscape. There is a mastery of the cinematic form that makes one wonder how one can turn out such an accomplished film with only three shorts behind him. I really want to see what he does next

I don't know what the future holds for this film, the film is having a limited US release as of today, which apparently is just the Arena Cinema in LA, however I suggest you put it on your list of films to watch out for since I'm sure it will show up streaming or on cable at some point.

An a big thank you to Joe Bendel for pointing me towards the film. 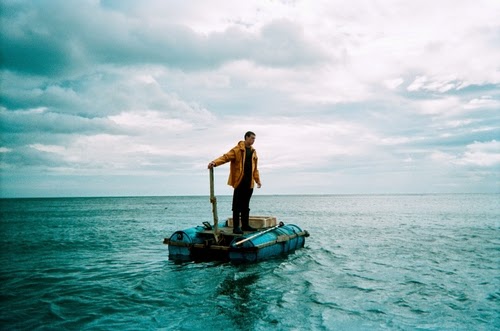