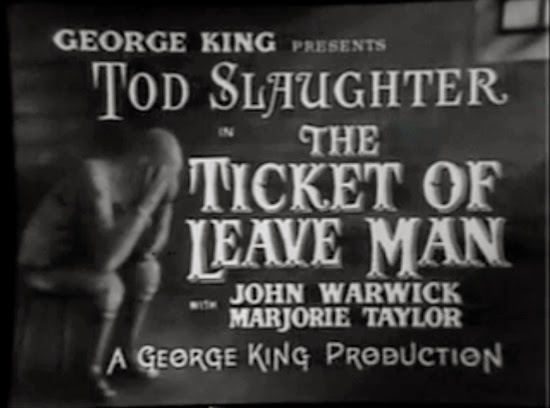 Wonderful Tod Slaughter film is less horrific and more crime drama with Slaughter playing a criminal known as The Tiger.

The film has Slaughter being hunted by the police since he is a very vicious criminal prone to killing at the slightest provocation. Slaughter is soft on a young singer in a garden restaurant.When she finds out that she has a boyfriend who is works for a bank, he switches his stash with counterfeit money  and has hi sent to prison.Then in his public guise as a good man who helps the unfortunate he conspires to get the man released and then to break him so he can use him as a patsy in a big robbery.

Moving like the wind this is as good as Slaughter films get with Slaughter not hamming it up too much, a pace that move like the wind and a plot that isn't completely contrived. This is just a good time with good and bad people.

An absolute must see both for Slaughter fans and for those who just like good thrillers.

(This one is a tad tough to find. I only found it in a 50 movie collection from Mill Creek called Night Crimes)

BTW- The title refers to someone who has been paroled- a ticket of leave means they have been released.
Posted by Steve Kopian at October 29, 2014