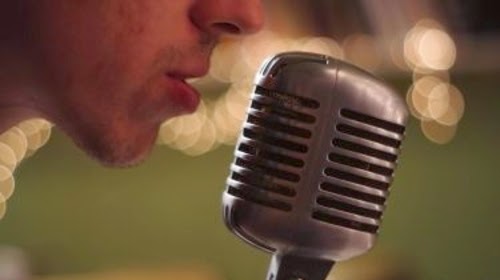 The Princess of France is a nice little film, and I do mean little since it only runs an hour sans end credits (no really it does), but it’s nothing special. Its so unremarkable that I’m forced to wonder what it’s doing at the New York Film Festival since it’s so light weight and trivial, especially compared to some of NYFF's other films, you’ll want another film soon after seeing it.

The film concerns Victor, a hardcore ladies’ man who returns to Argentina after the death of his father to put on a radio production of Love’s Labour’s Lost. He is walking back into a nest of women, most of whom he had been romancing in one form or another when he left a year earlier. It’s a mannered and artfully constructed (too artfully for my tastes) look at romance and what the heart does when chasing “the one”. As I said it’s a nice little film.

But despite being good. It doesn’t belong at the New York Film Festival. Forgive me for saying this but charging an audience full fare to see such a short film, as I said it runs about 61 minutes without end credits is insane. Yes I know it's screening with The Old Man of Belem a short film from 105 year old Manoel de Oliveira, but I still don't think it's worth the admission price.

Okay yes part of the problem is the length but coupled with it is the fact it’s so slight. This plays like an episode of some PBS anthology series. Would you pay 20 bucks to see an hour long masterpiece theater episode? No you wouldn’t unless it was one of the best films ever or had money to burn. Yea I know I should complain since I’m not on the selection committee, but at the same time I’m in the my butt in in their seats committee. I pay to go to these films so I have a right to complain and ask why they are asking me to pay for something so short and so trivial.
Posted by Steve Kopian at October 02, 2014