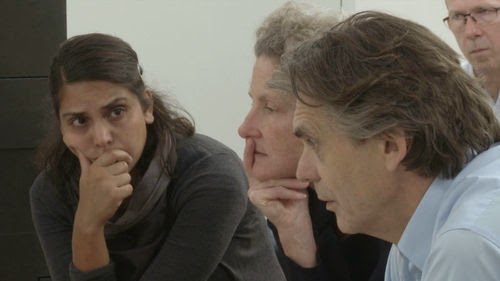 I'm not really giving this film a review. I'm  briefly explain what it is and then turn you loose to see it or not depending on your own personal feelings. I'm doing this because the description at the New York Film Festival website is largely useless in telling you what the film is.

The film is a look at  the title architecture firm over three month period in 2012 as they  design their  projects in all ther details- chairs, windows, door handles, arrangement in the landscape. The offices are a cold and clinical white and it looks more like a photographers studio or a hospital.

The reason I'm not really reviewing the film is I never connected with it. Yes it's interesting, for a while but there was a point about 15 minutes in when the minutiae of the discussions caused my eyes to glaze over. I turned off. I know documentaries should record things coldly and clinically  this is almost too much. With controlled shots and beautifully arranged shots it almost seems like a fiction film. It's very much like a fiction film where the cold and sterile enviorment is a commentary on the world. It reminded me of Jacques tati's Mon Oncle or Playtime to the point I kept expecting Mr Hulot to wander in.

The film isn't bad, it's just not for most audiences, you have to like things like this otherwise it's sleep aide.

The film plays tomorrow at 1. 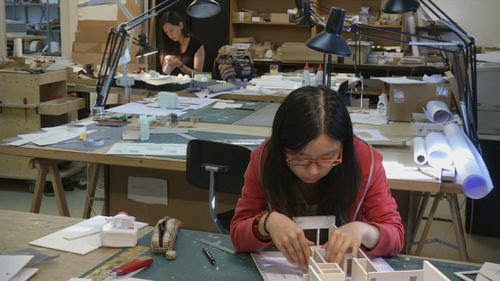