Three from SCARY MOVIES : THE PACT, ANGST and REFLECTION OF FEAR

The annual Scary Movies series starts today at Lincoln Center. As they do every year they run a bunch of great old horror movies mixed in with new favorites. I’m going to try and get to some of the new films when they play (screeners were not available for review and I couldn’t make the two press screenings.) but since I’ve seen the old films already, many many times, I thought I’d write up the old films. I was going to write up each of the following three films as a separate review but found that while they are all good, I really didn’t have much to say about them. 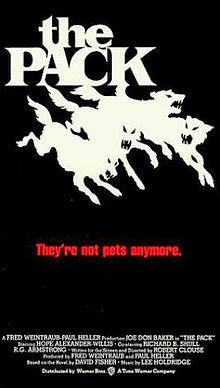 THE PACT
Robert Clouse’s animals run amok film. One of Clouse’s few non-martial arts films (he directed Enter the Dragon) the film is a solid popcorn film of the drive in variety.

The film has the inhabitants of a small island being terrorized by a pack of wild dogs. As handled by Clouse the prospect is rather terrifying. Actually the film is one of the better animals run amok films that filled late 1970’s movie theaters. Its logical and well-reasoned, with a kick ass sense of how to create suspense.

I’m going to do something I probably shouldn’t and give you a warning, the ending, which I like has annoyed many people over the years. I’m not going to say what it is but I know some people who think the film fails in the final minutes. I’ve yet to meet anyone who really hasn’t liked it up to the end, but the end may bother you. 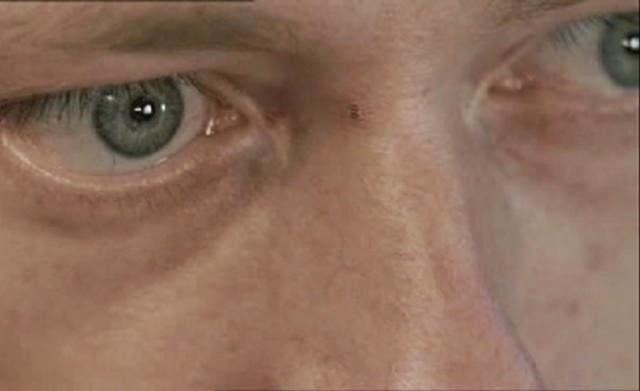 ANGST
This German horror film has a reputation as being a love it or hate it proposition. I know many horror fans never knew what to make of it. On the other hand the film engendered a great sense of love from others who still trumpet it as a lost classic. I’m not sure it’s a classic , nor do I think it’s trash, I think it’s an interesting film that gets points for trying even when it doesn’t quite work. Certainly what it was doing in 1983 hadn’t been done before.

The film follows an ex-convict who goes back out into the real world as gets the urge to kill which takes him from the city to a remote country house. Brutally graphic the film has tinges of style which lifts it out of the “you are there” genre.

As I’ve said the film has split audiences. Some people like the stylistic touches, some people don’t. I know many people back in the 80’s were shocked by the brutality, which by the standards of some films today isn’t all that shocking. (I see a lot of these things and know how far we’ve come). I don’t know what to tell you about going-the choice is yours based on seeing something off the beaten path and with a high level of nastiness. 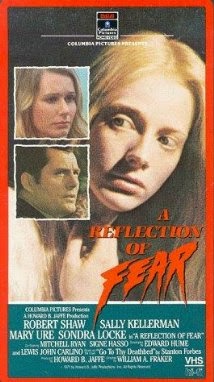 REFLECTION OF FEAR
Back before Sandra Locke had a career that didn’t involve Clint Eastwood, she was making some really great films from The Heart is a Lonely Hunter to this film.

The film has little Sandra living in seclusion with her mother and pining away for her absent father. When Dad comes home with a new girlfriend in tow things turn deadly.

A flawed gem of a film, this is the sort of neo-gothic films that were turned out with regularity in the 1960’s and 60’s beginning with Whatever Happened to Baby Jane and then moving onward through the cycle. I don’t think the film is scary so much as having a feeling of dread and being off. There is just something wrong about everything. Is it a great film, probably not, but it is good enough that when I saw it listed in the Scary Movies listing of films it got me to say “oh cool” out loud.

Definitely worth your time and the cost of a big basket of popcorn.

For details on these and all the Scary movie films go to the Scary Movies website.
Posted by Steve Kopian at October 31, 2014