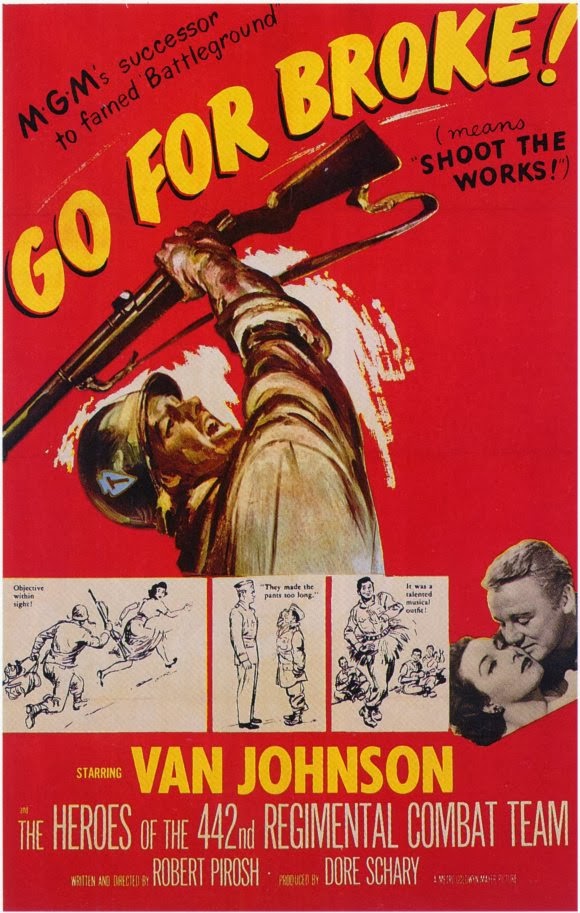 Van Johnson plays a Lieutenant Grayson from Texas who ends up in charge of training and then commanding a group of Japanese American soldiers during World War 2. At first he doesn't know what to make of them, on some level he has prejudice, but he also wants to go to the Pacific to fight the Japanese. Additionally he's not happy since he had to leave his friends from Texas as a result of going to officer training. Eventually his men over comes his prejudice and he learns to respect them.

Far less preachy then I just made it out to be this great little film is wonderful war film about a bunch of guys who just want to fight for their country. What I like is that while the film deals with how the Japanese  were looked upon as potential enemies, the film very  quickly takes the stance that they are just guys and then proceeds to  hit many of the war film cliches with abandon so that you completely forget that there is a message here. Its done so well that you forget the message and just enjoy the story.

By any war movie standards this is a good movie.