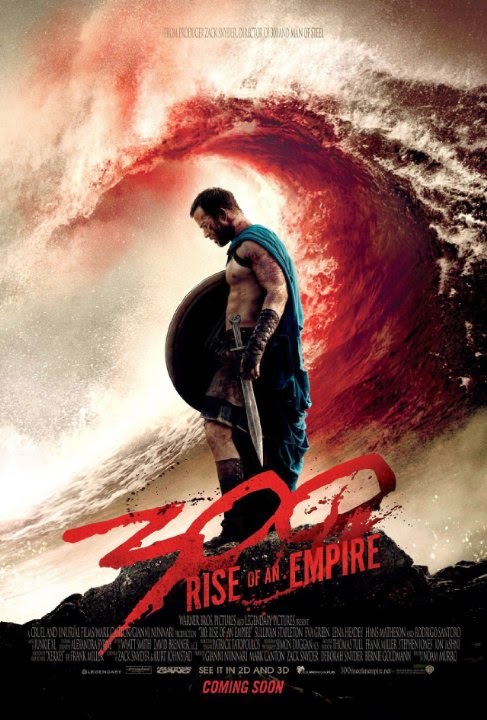 Not so much a sequel as the story of events before, during and after the events depicted in 300. We see how the Persians moved to war and then were ultimately beaten back the the Greeks.

Focused on Greek General Themistokles (Sullivan Stapleton) and Artemisia (Eva Green) the film follows as the  pair circle and crash into and around each other as they try to maneuver their sides in the escalating series of sea battles.

Let me great a couple of things out of the way:

First this film is historically inaccurate. For example Aretmisia fought but she wasn't a great admiral, she had five ships under her.  There are other things that didn't happen as well, but I can't discuss them without revealing plot points. While I know this is a historical story, they changes keep it compelling.

Second thing this is a really good movie. To my mind it's much better than 300. Yes its done in the same way with everything rendered via a computer, but the film is more concerned with the story then just the visuals. There is a lot of story here and ir carries you along.

If there is a problem with the film, beyond the over abundance of slow motion blood and body parts is that there is almost too much story. If you add into all of the flash backs this film covers decades, its almost too much. There is so much story that it's almost diametrically opposed to the first film.

Watching the film I had a blast and I highly recommend it to anyone who loves action and doesn't mind the blood
Posted by Steve Kopian at October 20, 2014