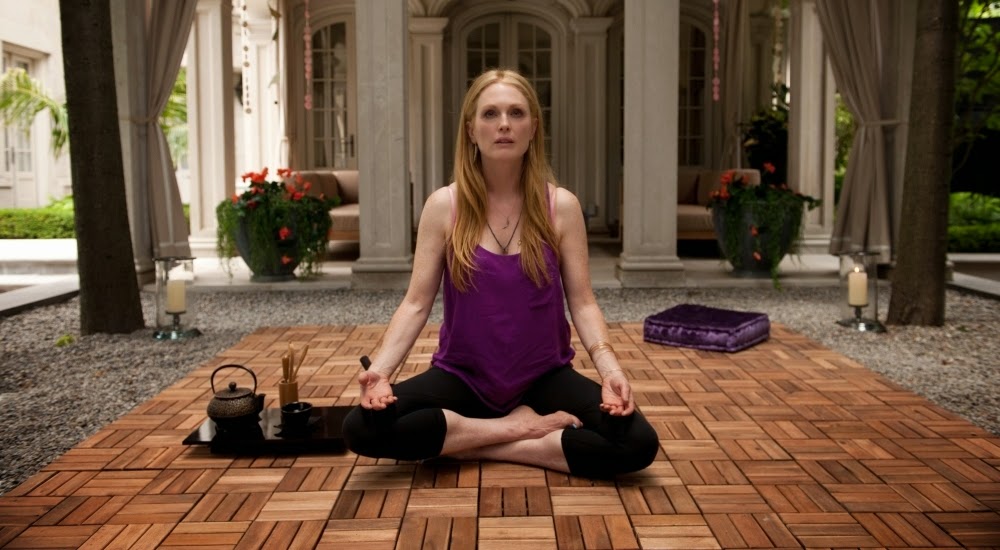 David Cronenberg's career has metamorphosed over the last decade or so, though the hint of change may have present in 1993 with the adaptation M. Butterfly. He mentioned multiple times in interviews when Spider (2002) was released that he never really thought of his films as part of a continuum of evolving themes or shared concerns. Since then, he's had an eclectic decade of filmmaking. Moving away from the cerebral body horror he's most often associated with, Cronenberg's since explored an amorphous (yet maybe semi-related) collection of concerns: manifestations of violence, organized crime, the birth of psychoanalysis, capitalism, and now celebrity.

Maps to the Stars marks another departure for Cronenberg. It's technically his first comedy. There are broad celebrity stereotypes and cliches throughout. Julianne Moore, for instance, plays Havana Segrand, a dim-witted aging starlet with the real-life voice of a valley girl but the acting voice of Julianne Moore. Think Lindsay Lohan's brain in Norma Desmond's body. Her best scenes are marked by Moore-style hysterics: tantrums, blow ups, outbursts. In other films, Moore's broadness reveals wounds so honest they're beautiful; here, it's like making fart noises with her arm pits. On the flipside is young Beiber-esque heartthrob Benjie Weiss, played by Evan Bird. His best scenes are funny in a cruelly biting way, defined by a black-hearted deadpan driven by the invincible narcissism only a child celebrity could have.

John Waters was in attendance at the press screening, and there were moments that made me think of Maps to the Stars as a John Waters riff on Christopher Guest's For Your Consideration. If Waters were directing this mix of incest, sleaze, and violence, the movie would have gone bonkers at the end. Too bad he didn't. Instead, Maps to the Stars just sort of fizzles; it shrugs and limps to a logical but dispassionate conclusion. Think of it less as a supernova and more like a candle extinguished by its own wax. 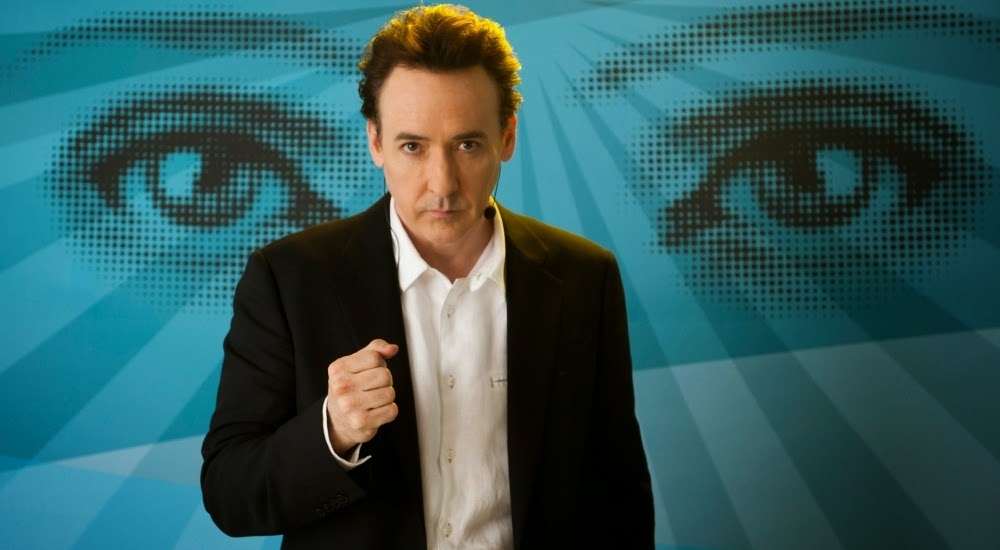 It's a shame since the pieces are in place for a good Hollywood comedy. Bruce Wagner's screenplay sets up a small world of interconnected sociopaths, narcissists, and generally horrible people. There's Agatha (Mia Wasikowska), a mysterious burn victim who arrives in town by bus. She winds up being Havana's personal assistant thanks to a passing acquaintance with Carrie Fisher. There's also bizarro therapist Stafford Weiss (John Cusack) and his wife Christina (Olivia Williams), a pair of neurotics who enable their awful little Benjie to be an awful little guy.

Scenes stand out then fall away, and then other scenes and ideas pop up and then get tossed off. There's something about Benjie's addiction, for instance, and Dr. Weiss' brand of new age gobbledygook massage. Havana makes claims of sexual abuse from her mother, whom she'd like to play in a new film. The specter of incest is all around, as well as supernatural specters, which may or may not be hallucinations. There's a general sense of Hollywood obliviousness and privilege. There's a bit of Lady Macbeth-ing going on as well, maybe as a parallel to the Gloria Swanson-ing.

By the end the whole enterprise seems so dashed off and unrealized despite the cast mostly giving everything they have. Moore in particular is fantastic as Havana, who's all shriek and no soul. And by a certain point in the movie, it becomes clear that the film is not a constellation of plot and character but rather a cluster of sequences with loosely interconnected individuals, some of which have stronger ties than others. It's a movie that feels like a list of things rather than a story. 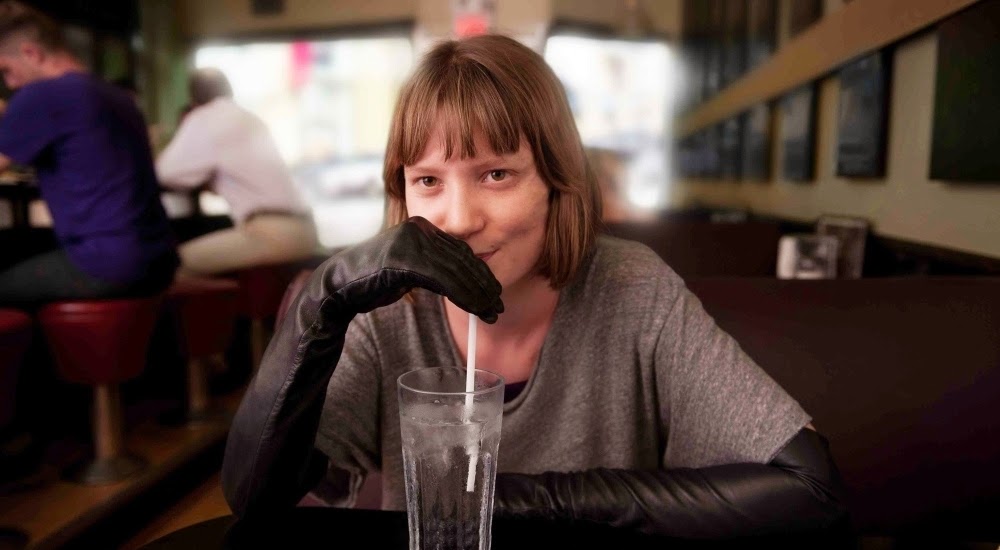 It may be the limo driver played by Robert Pattinson that made me think about this lack of connection and cohesion, which isn't to say that I want a web-like structure of meaning in every film but merely a sense of direction. Pattinson's performance is fine like the rest of the main cast, yet the character he plays does little but make the occasional Hollywood in-joke as he shuttles a few people around. He drives and that's that, without much stake or importance, and generally without much purpose save to inspire a bit of jealousy at a point when the film's been coasting. Or perhaps rather than coasting, the film's wheels have been spinning for too long and we really haven't gotten anywhere since the first half hour or so.

There's something to be said about the vacuousness of Hollywood--it's all lies and artifice and fake smiles and Botox--and yet most of what Maps to the Stars says is obvious from the outset. There's no attempt to deepen the observation or even to become more audacious with what's been observed. The film's stance on Hollywood is jaded, and the jaded stance begins to pervade the film's mood, and then mine. Maybe the worst thing about Maps to the Stars is that after awhile, its audacity and black humor become so dully one-note, turning insular Hollywood sensationalism into boredom.

It's not a case of Cronenberg's clinical tone that leads to distance. Much of this falls on the toothlessness of writing, which by the end gums at the audience where the initial bite marks have faded. The most shocking thing about the final half hour of Maps to the Stars winds up being the CG. I didn't realize that people could perfectly recreate the shoddy look of 1996 CG in 2014.

That scene's pretty damn funny, but not for the intended reasons.
Posted by Hubert at October 03, 2014