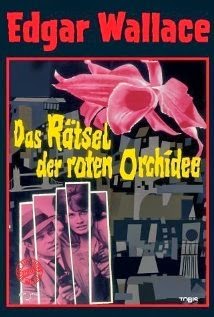 Yet another film in the long running cycle of Edgar/Bryan Wallace films that flowed out of Germany in the 1960's and early 1970's. This time the story concerns a blackmailer who threatens very rich men with death if they don't pay up. The bodies of those that don't pay are dumped in front of Scotland Yard.

As with many of these films its a bit confusing at first with several plot threads wandering through the story (Chicago gangsters, FBI agent, the blackmail scheme) before coming together at the end.

Unfortunately this really isn't a story where its worth seeing how it all comes together. The plot is more than a bit unfocused, even by this series standards,There are too many characters and too much comedy so that the film fails to be compelling.

My unhappiness with the film could be the result of the English dub which has even Christopher Lee and Klaus Kinski dubbed by other actors who's vocal performances don't even approximate how Lee or Kinski would have done it themselves. The result is that you never really buy whats going on screen.

Certainly this would be perfect if you stumbled on it at 2am on late night TV, but I would be hard pressed to suggest actually renting or buying this on DVD and putting it on willingly.
Posted by Steve Kopian at October 18, 2014