John Zorn Opens a Portal to Japanese Film's Forbidden Zone: 'The Dark Side of the Sun' at Japan Society 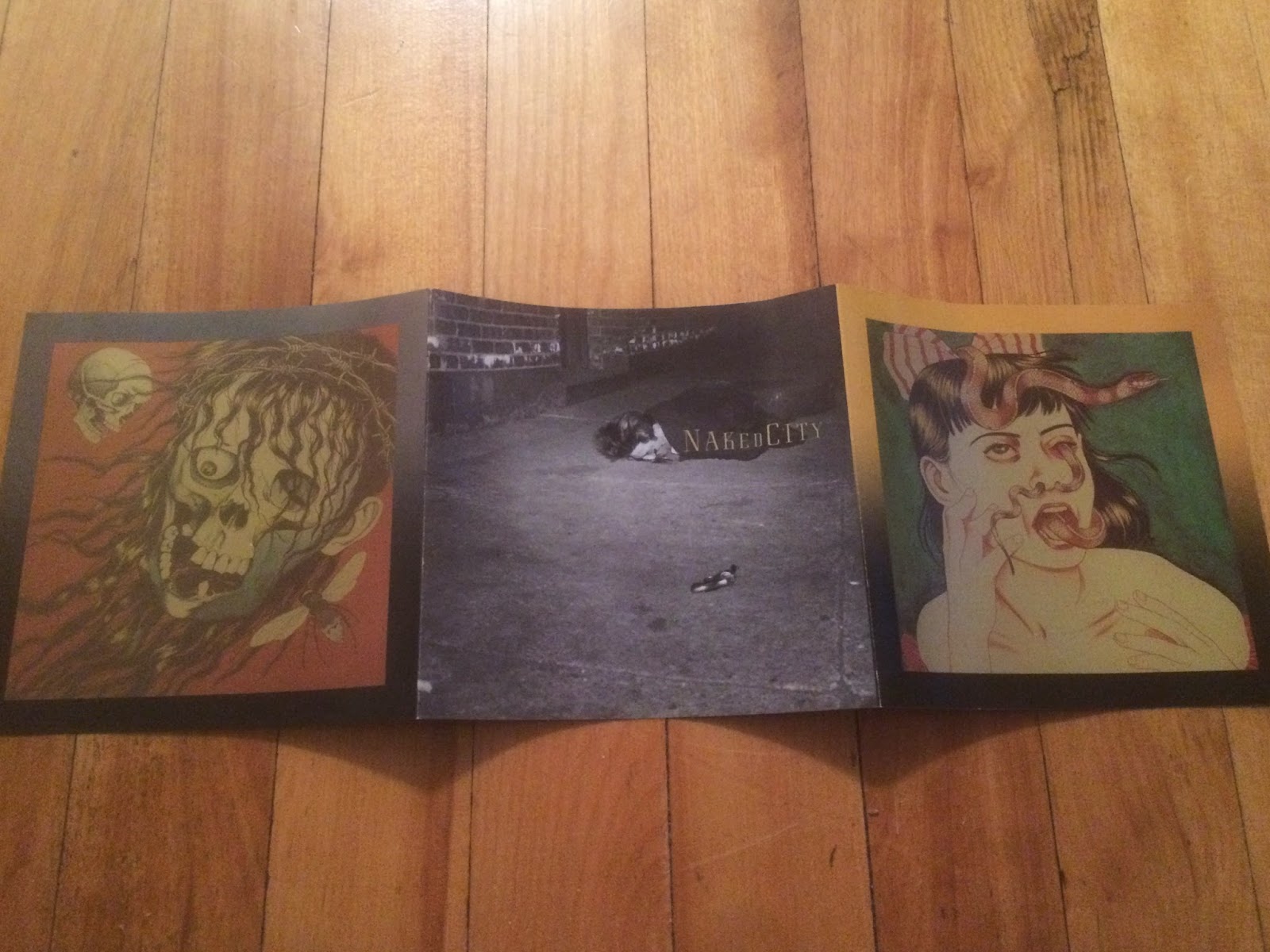 When speaking about the influences that have led to my strong interest in many things Japanese, not the least of which involves film, I usually lie. Well it’s a lie of omission, at least. My mentioning Tetsuo the Iron Man and even the anime Akira draws enough blank stares, so I usually shift from there to more familiar ground. My exposure to John Zorn and his subversive cultural imports from the east end up being left out of the picture, not only for this reason but it’s been some time since getting myself back in touch with his highly immersive body of work. 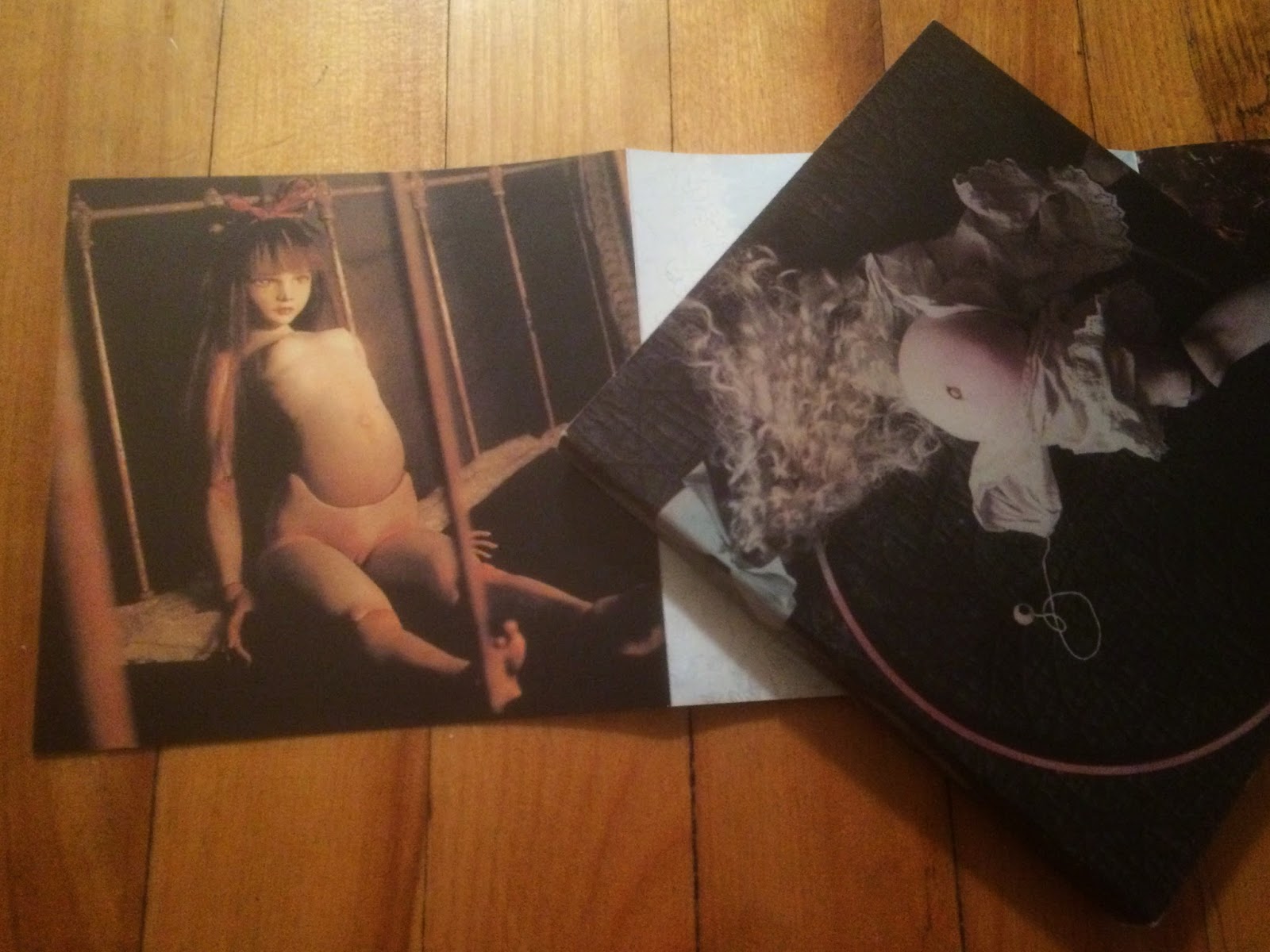 A brief history of my encounters with the cult of Zorn goes something like this:

Early 90's. thanks to older sister with adventurous listening tastes, get a glimpse and an earful of John Zorn squalling away on a saxophone, evincing sounds unimaginable. The old Knitting Factory. On Houston street.

Devour as many CD’s as possible to make up for the legendary performances of his band Naked City that I narrowly missed out on. As well as recordings of various other projects. This would introduce me to Zorn’s penchant for collecting and presenting dark imagery from Japan by way of his album’s artwork, which gets to the heart of how essential a curatorial effort like the one Zorn has put together for the Japan Society is. Throughout I’ve sprinkled assorted artwork displayed in John Zorn’s CD’s, to give a sense of his eye for the extreme. Included are painted pieces by Maruo Suehiro, Japan-based English artist Trevor Brown, and photographs of finely crafted disquieting dolls. 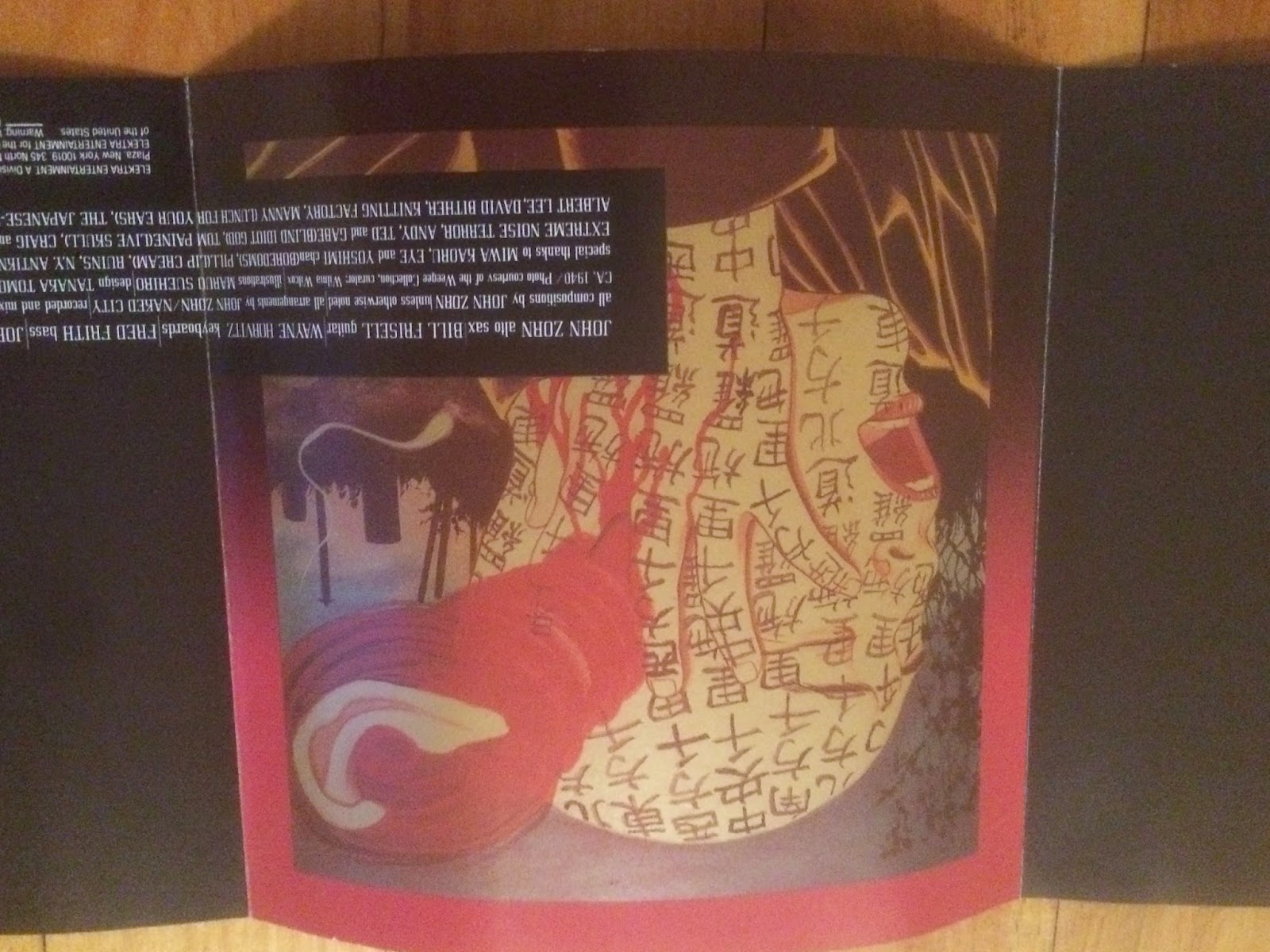 I would later spend a few years in Japan and Tonic would close its doors. 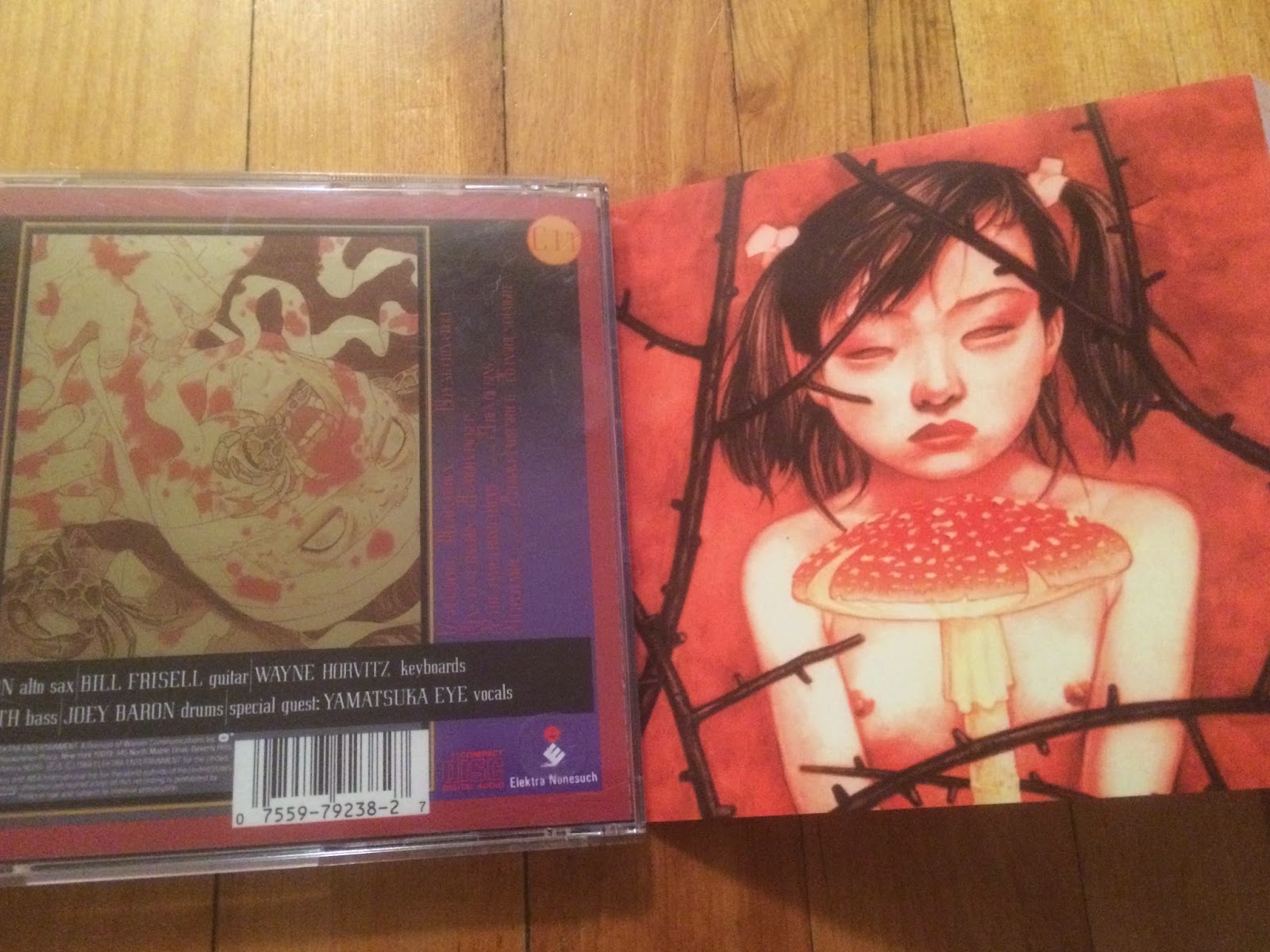 It was some 10 years later when I’d reconvene with Zorn’s work again. Part of a series of events to commemorate his 60th  birthday. at the Anthology Film Archives. I sat, mesmerized, as he led a group of his peers through live scores of rare archived experimental films. I saw a collection of short animated works he had provided soundtrack work for, including The Cynical Hysterie Hour anime.

And now, we have this new series at Japan Society, The Dark Side of the Sun: John Zorn on Japanese Cinema. A revival, in a sense, of irregularly held screenings that brought Zorn's film discoveries made while residing in Tokyo to the once thriving scene of East Village small venues. Leisurely paced at one film per month between now and February of 2015, it offers a singular glimpse into the shadowy nooks and crannies of Japan’s cinematic past, some more rare than others. All selected by Zorn. All being shown the way cinema should be seen: In a darkened theater. Of particular note is CROSS ROADS (jujiro) a silent experimental film from 1928, worth attention the fact that there will be a live shamisen accompaniment alone; MATANGO, a seemingly straightforward social commentary thriller from the ‘60s that bursts into a vivid Technicolor color bomb of psychedelic imagery; and a screening of 8 short animated films by Osamu Tezuka masterful creator of a wide range of historically renowned manga from Black Jack to Buddha. Up first is the provocatively titled INFLATABLE SEX DOLLS OF THE WASTELAND (still images directly below), a noir-ish looking black and white film from 1967, which plays this Saturday, October 18th. 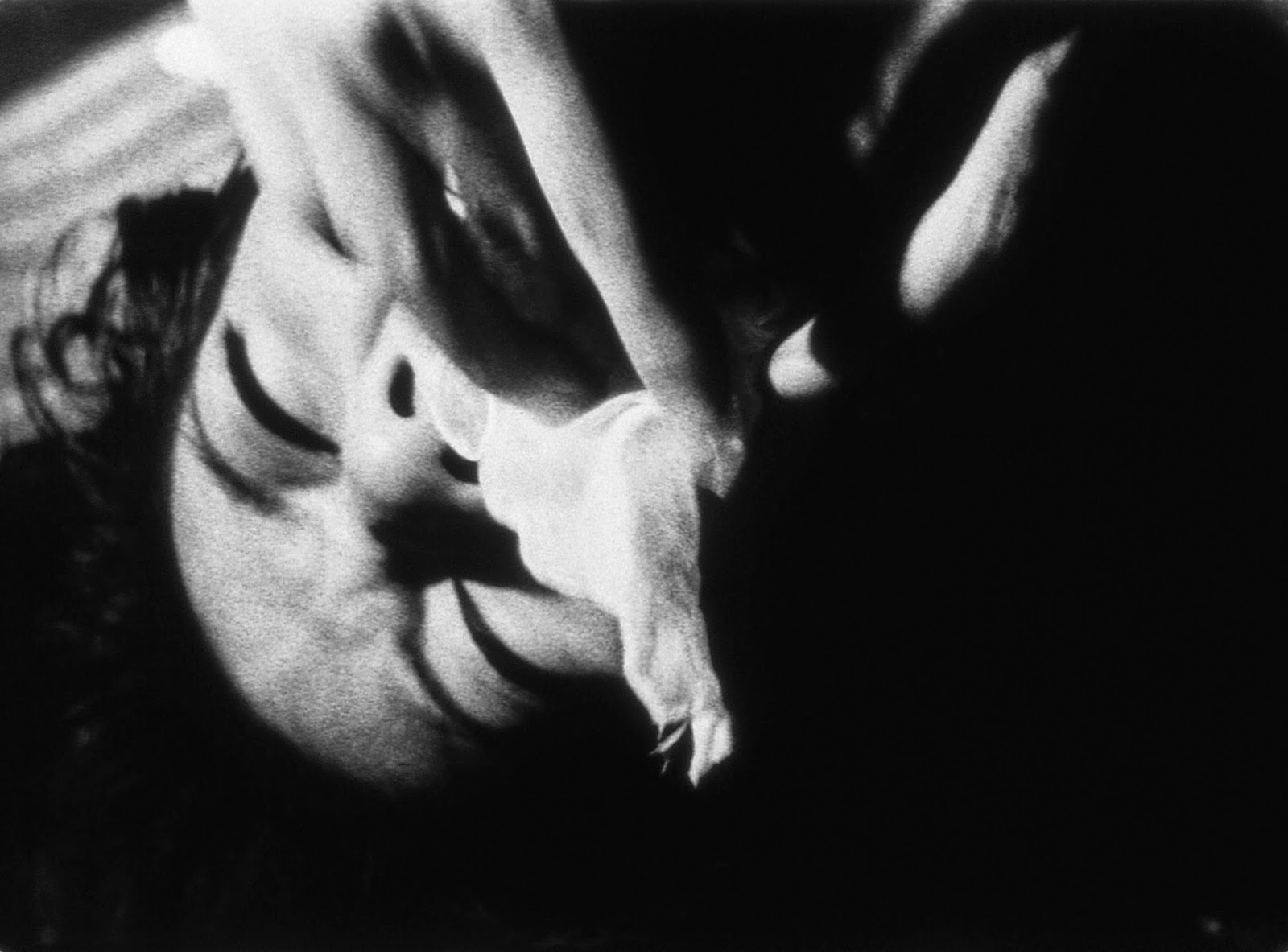 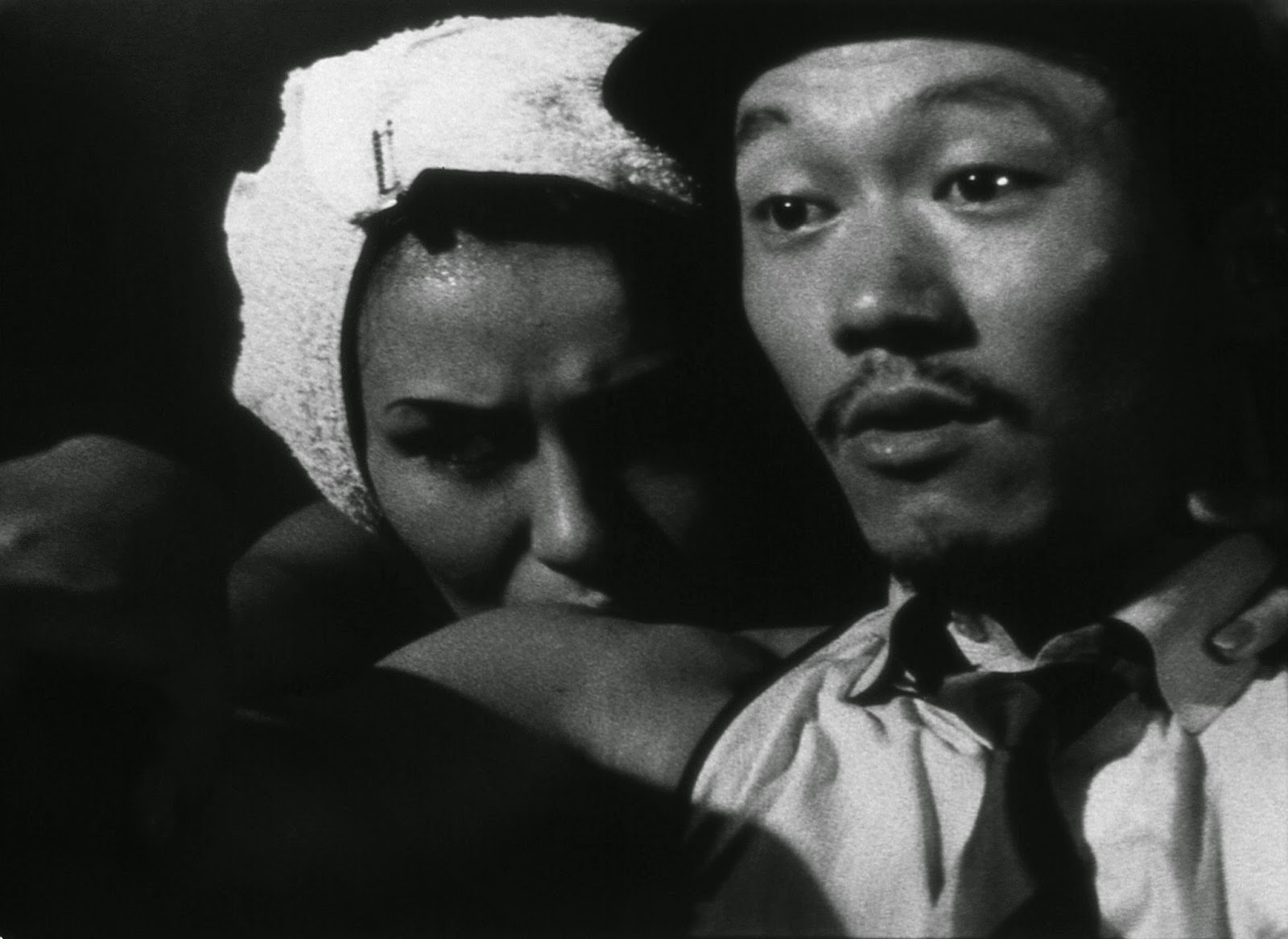 For schedule information and a note from John Zorn about the event, visit the Japan Society website. Check back here for more updates. 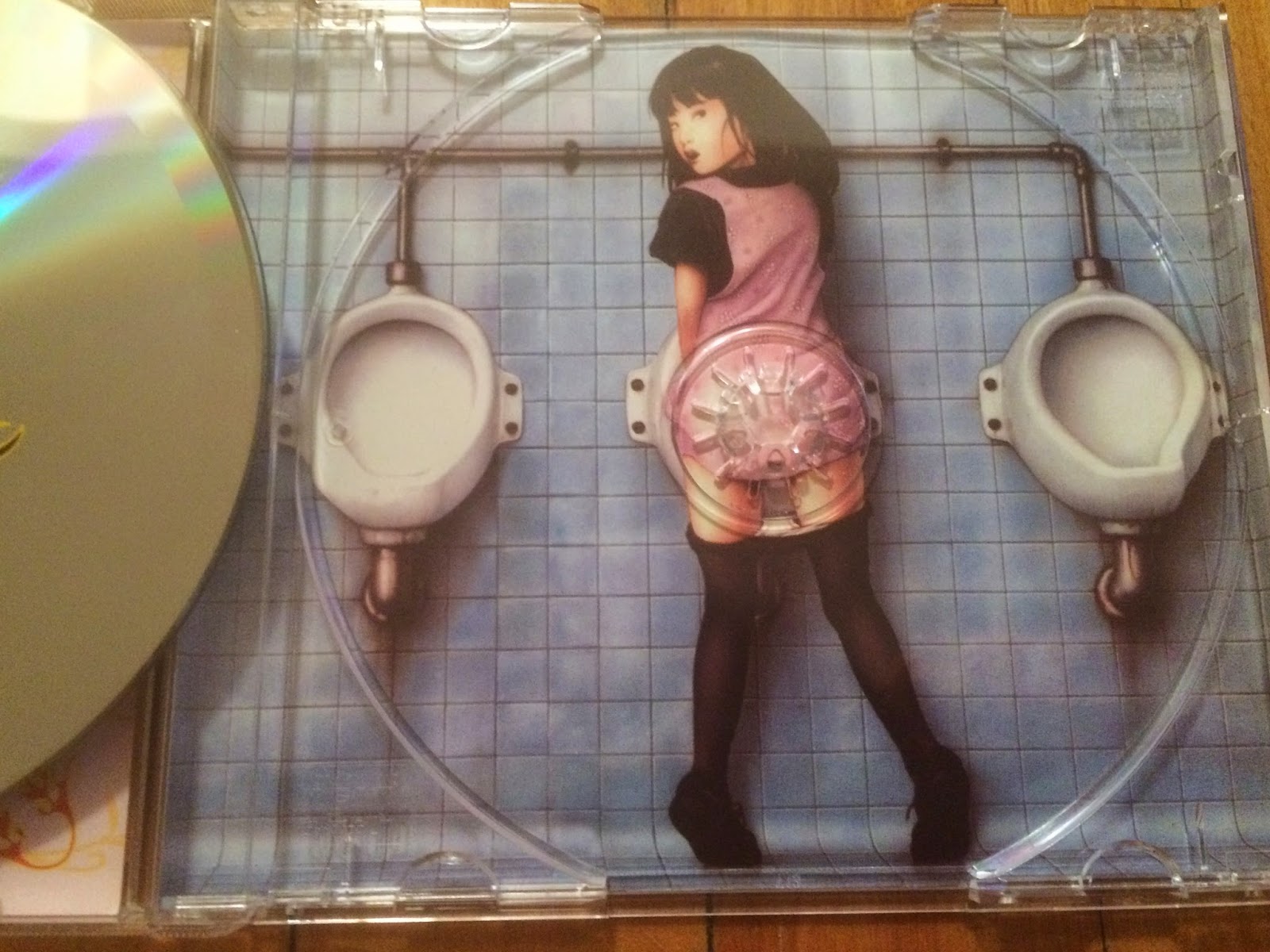 Email ThisBlogThis!Share to TwitterShare to FacebookShare to Pinterest
Labels: dark side of the sun, japan, japan society, john zorn, retro