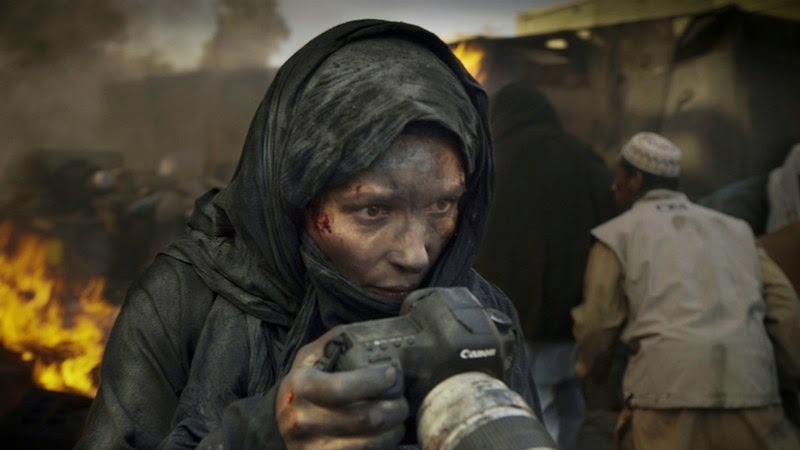 Juliette Binoche plays a war photographer who is injured while covering a female suicide bomber group and ends up too near an explosion when the bomber denoates. Brought back home after time in the hospital her family life collides with her work life as she is forced to choose between her children and husband and the life she knows.

This haunting film grabs you from it's opening moments as we watch as Binoche photographs a group of female bombers preparing one of their own for an attack, Its a filmed in a manner that makes what she is photgrpahing a kind of mystery and it  pulls you in to its embrace almost from the first frame. The result is a film that will get in side your head and your heart and stay with you.

Watching the film for review late at night I found myself realizing almost instantly that I was not really in the head space to deal with the film. My defenses were down I knew that if I continued on the film was going to haunt me. Drawn in by the beauty of the images, the subject matter and the killer performances I stayed all the way to the end. That night I dreamed of the film all night waking up several times as I found that my dreams were not my own but a replay of the film. Over the next several days I could feel the film hanging around the edges of my psyche even as I watched other films and went through the dull grind of my life

While the plot of one woman forced to choose work over family is explored on an amped up and very dangerous level, this is also a story that will force you to reflect on whether your job is devouring your own home life and whether or not you need to change your life.. 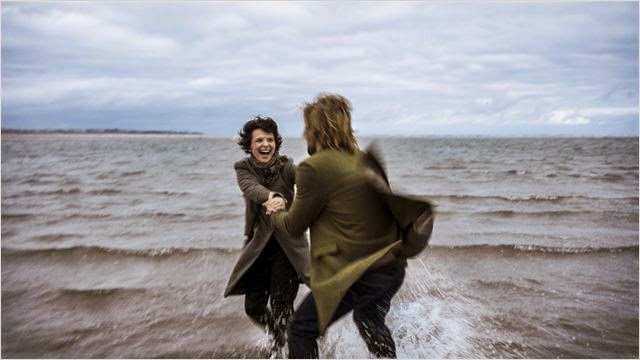