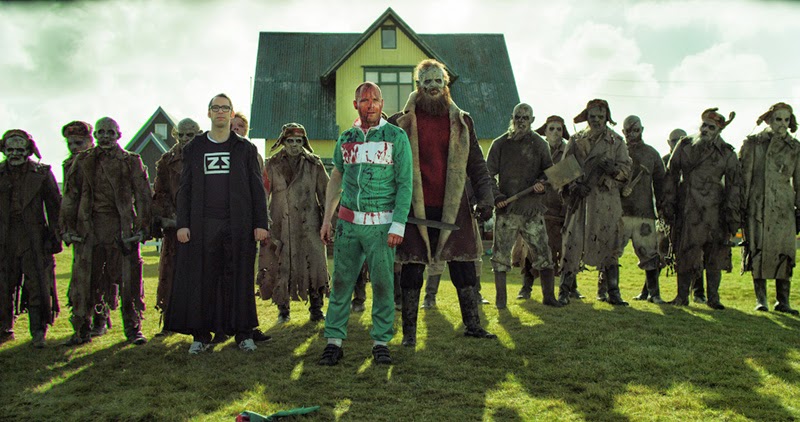 Follow up to Dead Snow is a thing of blood soaked beauty. It's a gloriously funny gore fest that is a blast for anyone who likes this sort of thing (and more important it will win over people who hated the first film)

Martin the survivor from the first film fights his way back to civilization-only to be followed by the Nazi zombies who want the revenge and to complete their original mission. Things are complicated from the get go when the zombie officers arm ends up sewn on to Martin (they thought the arm in Martin's car was his) and it has an evil mind if its own. Worse Martin's arm ends up attached to the Nazi officer. Of course things get weirder.

Ultra bloody, frequently funny follow up to the first film just starts and goes. Its bloody tasteless mayhem on a huge scale as zombies fight villagers and each other in a film that must have used up the blood production for the entire European film industry.

I have no idea what to say. This film is kind of review proof.  If you like zombie splatter comedies then this is for you. If you don't find zombie dismemberment and flying brains funny stay away.  If you liked the gory second half of the first film then you'll love this, if not you'll be in agony.

I liked the film a great deal, but I clicked with its messed up sensibilities. If you realize what you're seeing go for it, if not stay away.
Posted by Steve Kopian at October 06, 2014