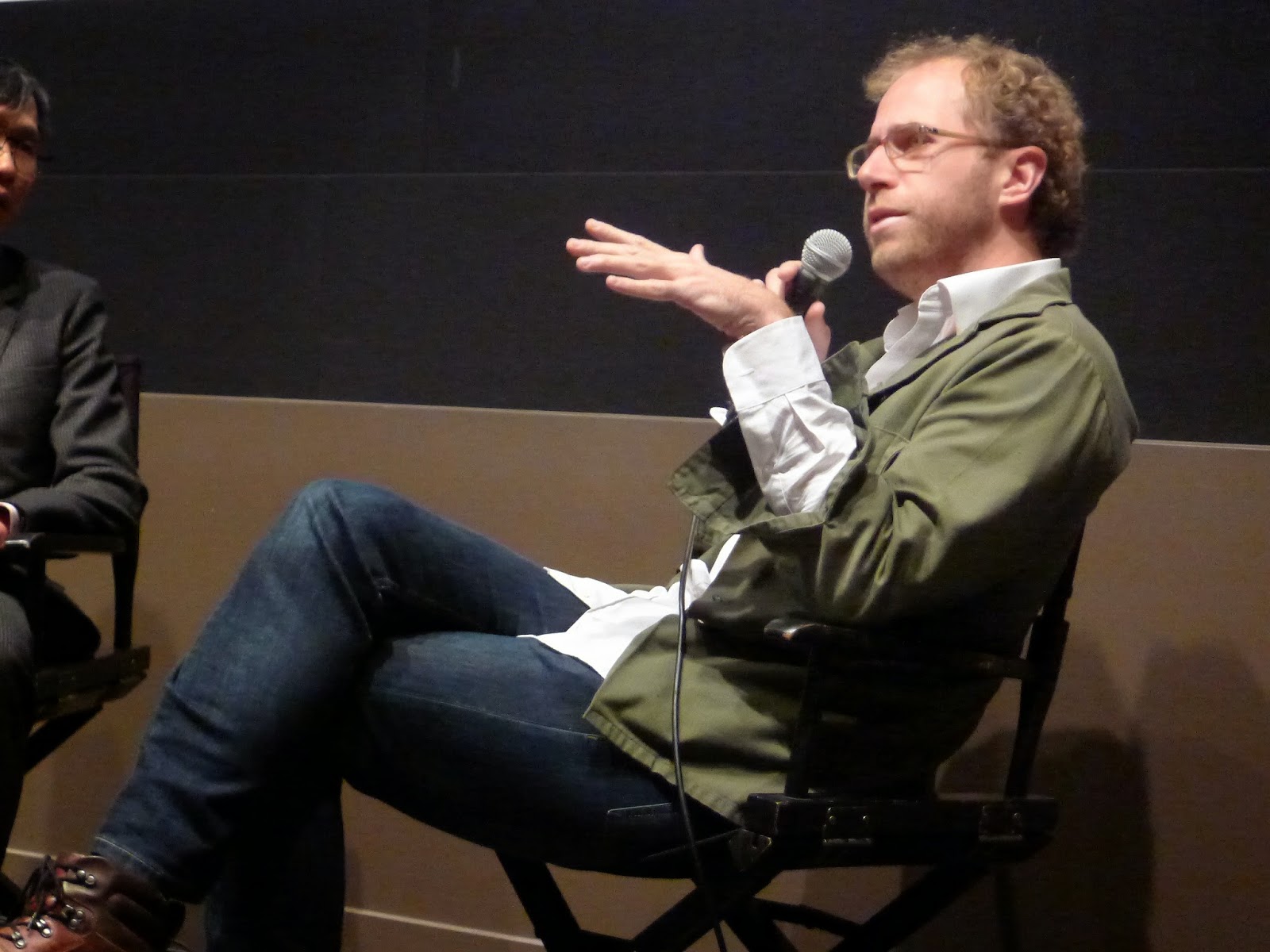 I’ve always been fascinated with chinese culture ruled under the iron hand of mother China. The dynamics of their social structure & the economic growth of the motherland dictates the constant pressure of producing and manufacturing goods on those factory floors occupied by their labor soldiers who often work 10-12 hours a day with minimal pay. Rural and urban folks alike, most struggle with sociopolitical issues, human rights, & reform to try to make things right. That being said this documentary has nothing to do with the intro that I just laid down but at the same time, it encompasses everything that I just wrote. It’s a story about the people from the People’s Republic of China observed throughout a train journey.

The loud sounds of the railway will penetrate your senses. The opening segment of the film is dark - sight wise - so much so that you think the theater is having technical difficulties but the familiar echoes of a train smashing on the track at breakneck speeds keeps you at bay. The camera work often left me uneasy, claustraphobic, & twitchy. The beginning scenes were like psychedelic pieces of sound & visuals. I felt like I was an ant crawling up the insides of the train, hearing the creaking sounds of the cars with the accordion like suspension as the train rumbles through the tracks. It was like the director wanted his audience to be a fly buzzing about the train cars at all angles, observing its subject and listening to any interesting conversations, or even just to appreciate the quietness lingering about. Other unique camera angles included zig zagging down the aisles of the train having the point of view of the camera zooming in on the feet of the people that it passes, a foot role call of sorts! Most of the film is void of dialogue or narration except for a few encounters with the passengers. The director engaged a few of the riders with some questions to stimulate conversation and vice versa - a lot of the passengers were also interested in speaking to a gwailo from the U.S. who spoke fluent Mandarin. The Tibetan lady talking about the evolution of the transportation system from China into Tibet was interesting as was the young lady escaping the grips of monotonous work in the factory of Guangzhou. Discussions of the Muslim religion and other social commentaries of China would also flow out from a group of riders as does a conversation about marriage and mother in laws.

All in all, I found The Iron Ministry an invigorating story of the chinese based on travel from the elementary observation through the camera of the director. Your height of sight and sound will most definitely be enlightened.  I learned through the Q&A after the screening that the train ride and footage was amongst many a train rides throughout China. I believe the director said he amounted to about 500 hours of footage over 3 years of train travel from 2011-2013.  It was amazing to see the sleeping conditions of some of the passengers from the coach class of the train as opposed to the preppy sweater wearing bunch with a TV, laptop, & internet access in their first class more roomier counterpart.  The only thing that I wished more for in the film was more output in dialogue with the train riders. The tone was set with a lot of the quiet observations of our subject but more conversations or perhaps some narration would of added more personality for me that would of roped me more into the film. That being said The Iron Ministry is a documentary that you should wrap yourself around especially in a theater to appreciate the tranquil thrill of the ride that will alert your senses!