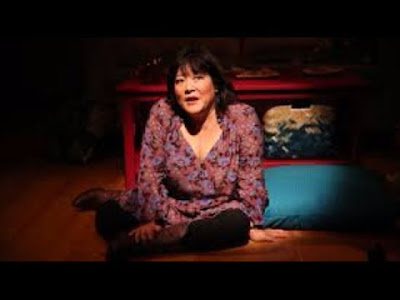 Portrait of Ronnie Grant who was raised in the projects on the upper Westside of Manhattan he had his life changed when his aunt dressed him u as girl which then set him on a course that was anything but typical. It is a story that is unexpectedly poignant and funny thanks to its raw honesty.

Based upon Grant’s theatrical production of his life his beautifully rendered memory bubbles from the play are woven around interviews with Grant as well as some with his friends and family. The result is an entrancing film that is a beautiful portrait of a unique individual who has taken what life has thrown at him with grace and humor. A survivor in the truest sense of the word Grant is a man to be admired since he has managed to get this far in a life that at times might have broken lesser mortals.

While the film is incredibly moving, the film suffers from a small flaw that keeps it from achieving perfection and that is the segments of Ronnie Grant’s perfectly crafted play don’t quite blend with the interview segments. It’s kind of like bouncing between a silk robe and a linen sheets, both are comfortable but one is a bit smoother than the other.

I really liked this film.  This is one of the films I run across every now and again and that make be glad I agree to try films I know absolutely nothing about. This is a gem that was hiding in an unexpected place.

For more information or tickets go here.
Posted by Steve Kopian at May 06, 2017