Open Roads 2017 THE CONFESSIONS and INDIVISIBLE 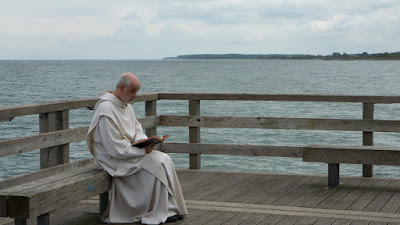 THE CONFESSIONS
Robert Ando's tale of a monk at a G8 meeting is a mixed affair. While beautifully acted and loving shot the film's plot line- of all the ministers trying to find out what one of their number confessed to before killing himself never fully engages.

The problem with the film is the thematic elements of the film  about greed and what we will do to get it and keep it aren't anything new.  While the individual scenes and some plot threads pack a punch  it never fully works as a whole.  On the other hand the individual bits and the magical realism that occasionally appears in the film make this something that is definitely worth trying.  To be honest I would rather see this film again over any number of more wholly successful films. 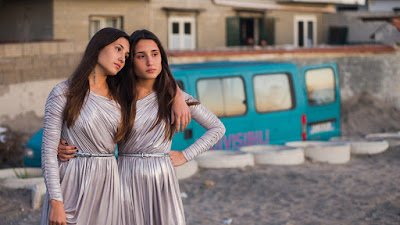 INDIVISIBLE
Opening night film of Open Roads concerns two young women joined at the hip who are exploited by their parents. When they discover that they could be separated a chain of events is set in motion that changes their world.

An interesting try the film isn't wholly successful since the film is trying a little too hard to be about something. From the naming the two girls Daisy and Violet (like the legendary pair who were the subject of the Broadway musical Side Show) to the carefully regulated look of the film  to a plot progression that screams "this means something" the film never truly feel organic, even if the performances do.

While not bad it's not as engaging as it should be, however for the real film fan or curious the film is worth seeing.
Posted by Steve Kopian at May 31, 2017