Nightcap 5/28/17 We are covering SIX film festivals this week:Open Roads, Brooklyn, Art of Brooklyn, Dancing With Films and Greenwich

This is going to be a crazy couple of weeks and as a result I have to apologize to a good number of film festivals. I need to apologize because the promised coverage is going to be slightly curtailed. The reduction is not due to my disapproval of the festivals rather there is simply too many going on all at the same time. There are at least 5 film festivals in the New York City Metro area plus one major one in LA all starting this Thursday or Friday and there is a similar amount the following week.

I realized how crazy it was going to be when I sat down to start to schedule the curtain raisers and realized that I was going to be in trouble since there was so much to write up- worse was the realization that I had agreed to review a good number of films at each festival. A couple weeks back I said that I was going to take a break from reviewing stuff only to found I jumped out of the frying pan and into the fire.

I know this will bother some of the PR people who would have liked me to talk about their fest on its own but there is way too much inde cinema for me to do that. Actually the cool thing is that this is proof that despite this being the blockbuster season there are some awesome places to find great small films if you just look.
--- Lincoln Center’s Open Roads is one of my favorite film festivals of the year. Every year it’s a stunning collection of films from Italy. While we get many “bigger” films released to the multiplexes the truly best film from the country are screened here. I’ve been covering the fest for the last five years and every year there are two or three films that end up in my film collection.

I love it to pieces

As it stands now I’ve seen four films (reviews to follow) and I’m hoping to get to a few of the festival screenings.

Based on what I’ve seen if you are interested just buy a ticket and go. Even the least film I’ve seen is better than most films coming out of Hollywood. They are also the least of a sterling bunch. As always Open Roads is an embarrassment of riches.

The Brooklyn Film Festival has been running for 20 years and every year it shines a light on some stunning examples of independent cinema. I have had some truly wonderful experiences at the festival and every year I look forward to seeing what sort of goodies the festival is putting forward.

While the festival has had a nomadic existence over the course of its history, it has settled down in to a few permanent locations in the Bushwick sections of Brooklyn.

I’ve seen a bunch of films and I’ve liked everything I’ve seen. I have a few more to see, but I recommend that you check out the schedule (found here) and buy a bunch of tickets.

The Brooklyn Film Festival runs from June 2 to 11. For more information and tickets go here.
--- 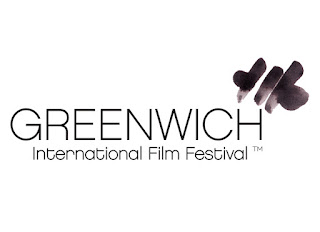 Next weekend, a short train ride from New York is the Greenwich Film Festival. Located in Greenwich Connecticut the festival is a killer collection of titles and events that are bringing some of the best of other fests to those north of NYC. The selection of films is so good that if I didn’t have commitments for other events I’d be on the train to be there in person.

As this posts I am trying to arrange screenings of some of the films showing. I’m not sure it’s going to happen, but I’m hopeful.

However I don’t want to leave you all hanging and below you’ll find a list of films that we’ve covered elsewhere with links to our reviews.

The festival runs June 1 to 4. For more information and tickets go here.

I blame Joe Bendel for putting Los Angeles’ Dances with Films on my radar. A couple years back Joe told me I should be covering it and over the years I’ve done so in fits and starts. This year because I caught it earlier, and because I have been dealing with the PR firm responsible for getting word out I got I on the ground floor.

Dances is a wicked festival that always manages to get some killer films that end up being a big deal a couple of months after the fact. The result is always a stream of profanity when I realize I could have been in on the ground floor if I had only known. Dances is just a great mix of inde cinema that any cinema fan worth their salt should either attend or at the very be aware of. Its just a great festival.

I will be having some reviews coming up but until then, if you are in the Los Angeles area go buy tickets. (Might I strongly suggest getting tickets for suggest D-LOVE, IMITATION GIRL, HERBIE, and Jason Kartlian’s fall down funny SUBCULTURE)

Dances With Films runs June 1 to 11. For more information and tickets go here. The Art of Brooklyn Film festival runs June 2 to 11 and its one of the best kept secrets in New York.

We’ve already seen Future 38 and Dunning Man and hopefully we’ll have more coverage of some of the panels (I’m hoping to get to the white washing  and the micro Budget filmmaking seminars).

---
And because that isn't enough look for JB to be throwing some coverage your way of MOMA's A New Golden Age: Contemporary Philippine Cinema which runs all through June. Full details on the series here.
---
And remember keep checking back because the next three weeks will be nothing but festival coverage (and a few new releases)
Posted by Steve Kopian at May 28, 2017