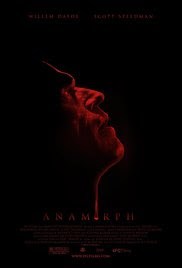 Willem Dafoe is a troubled detective who is now teaching at the police academy. Years earlier he helped solve a series of murders that were laid out like works of art...especially when seen from a specific location. When a frisky couple knock into a door in their building they unknowingly step into a crime scene that once again has echoes to the earlier case. Dafoe is called in to take a look and it soon becomes clear that the killer is intent on bringing him into his ghoulish works or art.

I want to say this is Saw for the art set, but its not quite that. To be certain the murders are gruesome and very clever, but this film aspires to be more than a catalog of death and destruction. For the most part this is a good little thriller about a troubled man searching for a unique killer that he doesn't want to deal with since its opening too many doors he wants to keep closed (Dafoe's character is an odd duck. Points to the filmmakers for giving us a very odd man for a central character). For most of its running time I really enjoyed the film. The problem for me was that the ending didn't really come together. The film ends but it isn't really resolved, which considering how it ends makes sense but left this viewer (and my dad) going, thats it? It was a disappointment.

The real question is is the film worth seeing? Actually yes. The murders are unique and the film keeps Dafoe's character is worth seeing. I don't know if I had paid 11 bucks to see this on the big screen I would have been so forgiving, but on IFC in Theaters on cable it was worth the time.
Posted by Steve Kopian at May 20, 2017