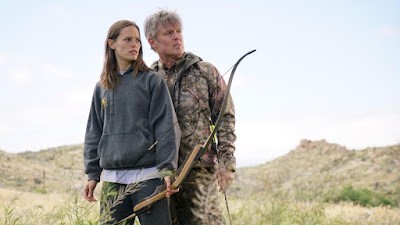 Young woman is sent away to a for profit jail by a corrupt judge.  She doesn't realize how bad a mistake has been made until she runs up against a warden who is a vile scumbag. With one of the other girls she plots an escape.

While claiming to be based on a true story, other than the corrupt judge angle the film has little to do with reality. More concerned with the young women trying to get away the film is best viewed as thriller since that is where the film works best, particularly during the second half.

THE ARCHER plays Sunday the 4th and Wednesday the 7th at the Brooklyn Film Festival. For more information and tickets go here.
Posted by Steve Kopian at May 31, 2017