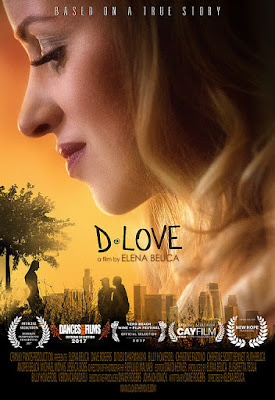 D-LOVE is one of the best surprises of the year. It's a film that shocked the hell out of me, made me smile and stare at the screen wondering why hasn't this film rattled the pillars of film heaven. Its a film destined to end up on my end of year lists, possibly as not only one of the finds of the year but also one of the best.

Let me explain that I didn't plan to see this film, I didn't want to see the film, and I never asked for the film. I had the film sent to me blindly. That I screened it was purely an accident. It was a time killer. I had a short period of time where I could try a film before I was called away, so I put on D-LOVE because I knew I wasn't going to like it and I knew I'd never finish it....and then two minutes in as Elena Beuca and her real life husband Dave Rogers are being civil to each other in an exchange that screamed real life, I suddenly realized "oh shit this really good" 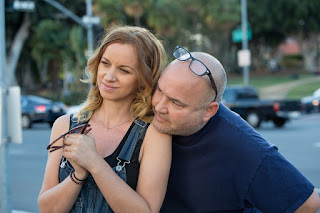 Director Elena Beuca based the film on the encounter she and her husband had with  Ditlev Dharmakaya (aka D-Love), a young man from Denmark at a low point in their marriage. In the film the couple run into D-Love at LAX. When they try to put him on a bus they find that they missed the last bus. Not wanting to leave him adrift they take him home. Magic happens 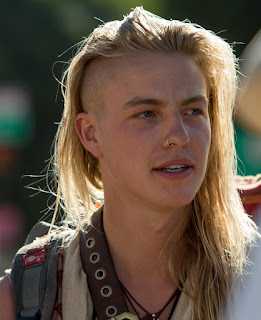 Even if the three leads were not playing versions of  themselves D-LOVE would have a sense of reality that most similar dramas ever achieve. Some how this film captures reality in a way that few film, fiction or non, ever do.  I suppose the fact that Beuca lived it once may be behind some of it, but at the same time that's not all of  it.  The film works because Beuca doesn't over write or over edit anything. She never lets things spin out in ways that they wouldn't do so in life. She also give scenes the time to develop in real life not cutting away so things move too fast or when the perfect line is said. Scenes develop naturally... 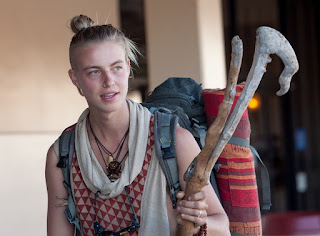 I love the central performances. I think that the three leads are essentially playing themselves keeps their performances perfectly under control. They can't over act because how they are in life is not over acted,  it simply is. If you want to know how good they are watch how some of the other actors are, say the woman playing Beuca's boss. She is playing the role not so much for reality but for effect.  While in the real ball park, ultimately its for comic effect. Beuca,  Rogers and Dharmakaya, never do anything for effect, they just live and breathe and give performances that should make most big name actors jealous. 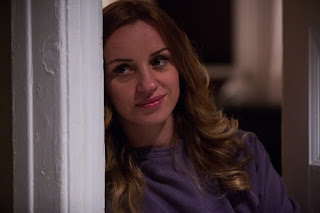 Thematically, the notion that we all must live in the present is beautifully handled. Everything flows from one moment to the next. Nothing seems rushed. Yes we know that the married couple will learn from their new friend but it never feels forced. Personally once the set up was made I stopped thinking about how I was reasonably sure where it was going to end up and just enjoyed the journey. Rarely have I enjoyed a cinematic journey as much as this... which is thanks to this film simply being good time with a bunch of people I'd just love to hang out with.

I don't know what to say other than this is what all cinema should be like- real, well made, entertaining and extremely thoughtful. 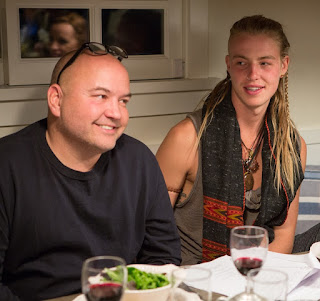