Harlem FIlm Festival Capsule Reviews: GROOMS BLOCK, I AM SHAKESPEARE(THE HENRY GREEN STORY), HOW THEY GOT OVER, WHEN THE SAINTS, NANA and CHANGING THE WORLD ONE WALL AT A TIME

GROOMS BLOCK
This is a dark and often harrowing look at a group of men in the Groom's Block of a Turkish prison. The block is full of various sex offenders who struggle to survive under the oppression of each other and the guards.. Disneyland this is not and if you thought MIDNIGHT EXPRESS was the look at Turkish prisons your eyes will be opened. Not for the squeamish

I AM SHAKESPEARE (THE HENRY GREEN STORY)
Essentially a filmed monolog by Henry Green a young man who was shot and almost killed after a performance of Romeo and Juliet. The film recounts his life growing up in a street gang and as an actor. It also details his recovery after the shooting which forced him to re-evaluate his life. Green's recounting of his life is riveting and his natural ability as a story teller makes this a must see, but the fact that 99% of this is simply him sitting and talking kind of defeats the need for this to be cinema. This would be gangbusters on stage but as a film it loses a half a step because the static nature makes this something that's better to listen to then watch. Regardless Green gives one of the great heartfelt performances of the year so you should make an effort to see this film 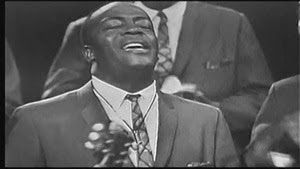 HOW THEY GOT OVER
Robert Clem's look at the rise of gospel groups as a means for black men to get out of poverty is a really good film. A seemingly endless well of stories is supplemented by tons clips from the television series, "TV Gospel Time". While your toes are tapping and souls is soaring thanks to the music the interviews with members of the Blind Boys of Alabama, Soul Stirrers, Dixie Hummingbirds and others reveal the hard road these men traveled. It plays with:

NANA
Serena Dykman's portrait of her grandmother is a touching look at a survivor who affected people across the globe with her fight against oppression. While Dykman was kind of aware that her grandmother Maryla Michalowski-Dyamant was someone important (she was an outspoken Auschwitz survivor) it wasn't until she read her memoir and began to put the film together that she really began to see all the lives she touched. A great portrait of a woman who managed to love her family while fighting oppression, NANA is also a moving reminder that more often than not we don't really know the people we hold closest to us.

CHANGING THE WORLD, ONE WALL AT A TIME
Portrait of journalist Maziar Bahari's project to bring attention to the discrimination against Iran's Bahai community. The Bahai are barred from university and elsewhere because of their beliefs and Bahari seeks to bring attention to their plight via large scale murals in cities across the globe. Despite playing like a public service announcement at times the film is a largely moving story of people coming together to shine light on a situation most of us are unaware of. The film will delight the eye with some killer art work and move your heart with the stories of those being unjustly held back


For tickets or more information on any of these films go to the festival website here.
Posted by Steve Kopian at May 05, 2017