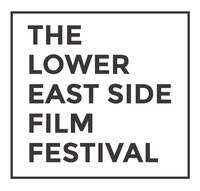 New York, NY -- May 17, 2017 -- The Lower East Side Film Festival directors are proud to announce the festival’s seventh annual opening and closing night films along with the complete festival schedule. Opening Night will feature Michael Angarano’s Avenues on June 8th and Closing Night will feature Aaron Feldman’s Poop Talk as well as Ali Weinsten’s Mermaids on June 15th. The LESFF celebrates the work of creative, up and coming filmmakers, and showcases their films in the heart of NYC’s Lower East Side. Additionally, this year’s schedule features specialty nights, specific to the New York culture and what the city currently loves. This year’s festival judges include Sasheer Zamata (SNL), Jeremy Allen White (Shameless), cinematographer Sam Levy (Frances Ha, Mistress America), Stephen Schneider (Broad City) and Paola Mendoza, Documentary Filmmaker and Artistic Director of The Women’s March, among others.

Specialty nights include, among others, ‘Comedy Night’ presented by SHOWTIME® with a comedy shorts, a premiere of the first two episodes of the new SHOWTIME drama series I’m Dying Up Here, and live standup from Sasheer Zamata (SNL), Judah Friedlander (30 Rock), Jena Friedman (Daily Show with Jon Stewart) and more.‘Mind F*ck Night’ includes short films that festival programmers promise will f*ck with your mind. Ladies’ Night is a series of shorts with strong female characters.

Avenues tells the story of when Peter (Nicholas Braun) arrives in Manhattan to visit his best friend Max (Michael Angarano) and the two go out for a day on the town, hitting the tourist spots and all the while hilariously working through the baggage of their friendship. When they meet two young women, day spills into night and takes an unexpected turn. Angarano creates a portrait of contemporary New York City in his directorial debut that harkens back to the classics of the 1970s and is alive to new possibilities.

The Closing Night Films are: Poop Talk, a World Premiere, and Mermaids, a US Premiere. Closing Night will take place on June 15th at Sunshine Cinema at 6:30pm and 8:30pm, respectively.

Poop Talk is directed by Aaron Feldman and the film’s Executive Producers are Jason and Randy Sklar. The film stars comedians Paul Provenza, Adam Carolla, Nikki Glaser, Paul Scheer, Beth Hoyt, Pete Holmes, Eric Stonestreet and Nick Swardson, as well as media personality Dr. Drew Pinsky, among others. Poop Talk is an uncensored sharing of tales of the taboo that connects us all. We all do it but no one talks about it … or do we? Through the lens of 50 comedians and experts, Poop Talk is an authentic and hysterical exploration into how we as a society deal with poop and what that reveals about who we are.

To close out the 7th Annual fest, Mermaids is directed by Ali Weinstein and produced by Caitlin Durlak with Executive Producer Ronn Mann. A feature documentary about the powerful allure of a universal myth, Mermaids immerses audiences in a world where fantasies come to life. Following the stories of five extraordinary tail-donning women who are part of a growing “mermaiding” subculture, audiences voyage between mermaid theme parks, conventions, tail-making studios, and deep into the ocean where transforming into the empowered icon of the mermaid is possible.

The full 2017 Lower East Film Festival Schedule is as follows:

For tickets and more information go here.
Posted by Steve Kopian at May 19, 2017

Email ThisBlogThis!Share to TwitterShare to FacebookShare to Pinterest
Labels: Lower East Side FF