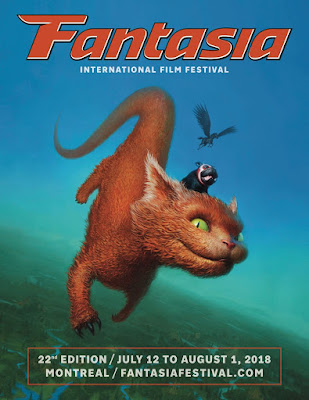 Starting Thursday and running to August first is one of the coolest film festivals in existence – Fantasia. For those of you who don’t know Fantasia is a wild and crazy orgy of genre films from around the world hosted by the city of Montreal Canada. It is also a place where I end up seeing some of the best films of the year. And I do mean some because every year two or three or more end up on my best of the year lists. This year for example the festival is screening the Korean film 1987 about the events that led up to a democratic takeover of South Korea. It is one of the best films of the year, balancing both the human story and the epic into a deeply moving tale. It is highly recommended.

Other films that you must see are

DESTINY : THE TALE OF KAMAKURA- What would happen in a live action Ghibli mystical world?  A writer takes his young wife home to live in a town where mystic energy allows sprite, and gods and ghosts live among the living- This is a joy, a delight and one of my favorite films of 2018. Now to go to the Night Market.

TIGERS ARE NOT AFRAID – another film that is currently on my best of 2018 year list. A modern day fable that will rock your world.

NIGHT EATS THE WORLD- one of the best zombie films of the past decade is a wonderful riff on Richard Matheson’s I AM LEGEND. It is brilliant and delighted everyone who saw it at Tribeca

HANAGATAMI- if you love cinema you must see Nobuhiko Obayashi's 40 years in the planning masterpiece. It is a film only Obayashi could make. It's a look at a group of friends on the eve of World War 2. It will kick you to the curb.

VIOLENCE VOYAGER – will fuck you up. If you saw BURNING BUDDHA MAN you have some idea what to expect- if not be prepared to have your life upended by this disturbed tale of an amusement park like no other. 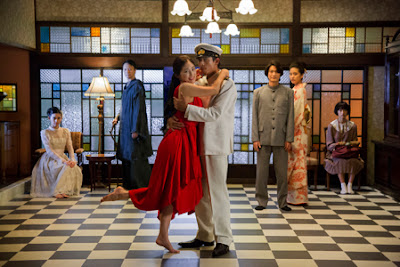 And HANAGATARI, 1987, and VIOLENCE VOYAGER remind me that at least 15 of the films from the New York Asian Film Festival and Japan Cuts cross over with Fantasia. While I will be reposting reviews from Tribeca, Sundance and other festivals, the reviews for NYAFF and Japan Cuts will run timed to those festivals so reviews will run before and after the Fantasia screenings. I will be mentioning and tagging the reviews for Fantasia so you can find them as they post. 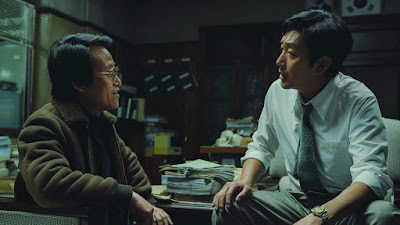 As you can tell we’ve seen a festival worth of films before Fantasia even starts- and keep in mind that is only a teeny tiny fraction of all the goodness that the festival has- this is a huge festival.

If you can get to Montreal I highly recommend to go see something- anything. Even if you don’t like it I guarantee it you’ll still find it interesting.

If you can’t get to the festival then keep reading Unseen because you’re going to want to make note of all the cinematic goodness we find in order to catch them when they play at a theatre near you.

And now Its back to the darkness to see more cinematic goodness
Posted by Steve Kopian at July 08, 2018

Email ThisBlogThis!Share to TwitterShare to FacebookShare to Pinterest
Labels: Fantasia 2018