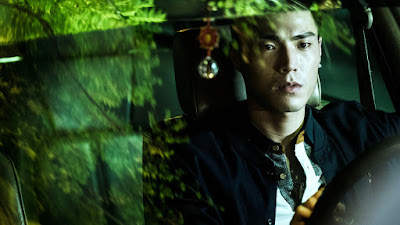 Various factions struggle for control of the under world in director Yen Cheng-Kuo's  gang war epic. Great looking but playing incredibly silly this is a film is either poor drama or good satire.

Filled with images that ape great moments in other films and strive to be the height of cool, this looks more like someone's idea of what a crime drama should look like rather than something that actually happens. I could never grasp if we are actually supposed to take this all seriously. No one has this many cliches in one film unless they have tongue in cheek. The fact that the film runs over two hours makes me think that this is not a satire, which makes this a big misfire.

The action sequences are often well done but often take off turns that render them silly such as people walking through the carnage a if on a Sunday jaunt.

While entertaining on a "I can't believe what I'm seeing" level, the film is is much too long to hold your attention. I kind of tuned out between action sequences.

Recommended for crime film completeists only.

For more information and tickets go here.
Posted by Steve Kopian at July 04, 2018