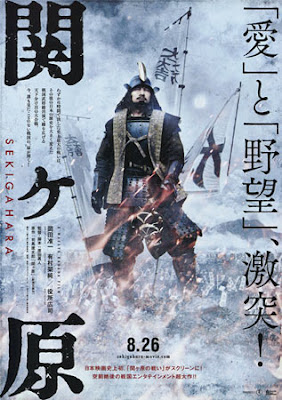 Masato Harada’s Sekigahara is a film that stands before you and dares you to follow its story. Much like with Harada’s last film The Emperor in August (2015) which explored the Machiavellian schemings in the buildup to a pivotal moment in Japanese history—in this case Imperial Japan’s surrender to the Allied forces in World War Two—Sekigahara examines the background, motives, and double-crossings of the people involved with one of the country’s most important battles. Fought on October 21, 1600 in the wake of the power vacuum left by the death of daimyō Toyotomi Hideyoshi, the eponymous battle resulted in the consolidation of Tokugawa Ieyasu’s rule over a freshly unified Japan, establishing a shogunate that lasted for over 250 years. Perhaps not since the 1185 Battle of Dan-no-ura which established Japan’s first shōgun had a single military engagement done so much to sculpt the nation’s history.

To try and consolidate everything that led up to it would have been a preposterous undertaking for a decently lengthed miniseries. To try and cram it all into a two-and-a-half hour epic is almost preposterously arrogant. Still, great filmmakers have made essential films about specific battles before—but these were almost always worm’s-eye views of said engagements from the perspectives of the soldiers and low-ranking officers involved. But Sekigahara hovers above all the power players, mainly the wily and megalomaniacal Ieyasu (Koji Yakusho) on one side and the principled Ishida Mitsunari (Jun’ichi Okada), supporter of Hideyoshi’s son Hideyori, on the other. But there are myriad other minor lords and generals, ladies in waiting, Buddhist monks, and the occasional ninja adversary and/or love interest. Good luck keeping them all straight. 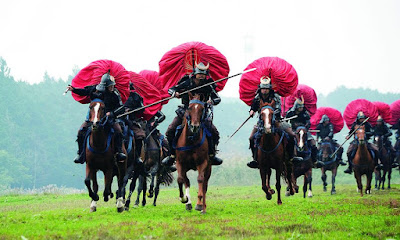 One assumes that Japanese audiences intimately familiar with their own history would have an easier time following it, but the film’s uneven storytelling makes one second guess even that. The film’s erratic time skips, mile-a-minute narrative cross-cutting, and outright refusal to properly establish many of the main and supporting characters gives one the impression of a rushed production. One could argue that this was intentional as Harada’s narrator is a World War Two-era historian struggling to piece together the truth about that fateful battle. But that seems like a cop-out. 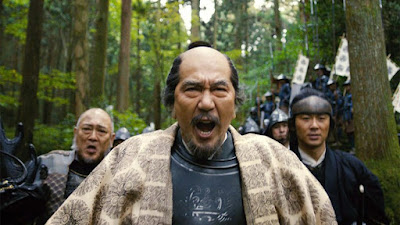 There are many fine elements to Sekigahara—the acting is superb, many of the battle sequences are well choreographed, and this is perhaps the first time I’ve seen any Japanese film respectfully acknowledge the contributions of immigrant Korean soldiers in pre-modern Japanese warfare. But at two-and-a-half hours it’s too long and too inchoate for anyone other than history professors. 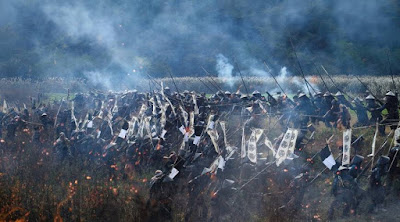