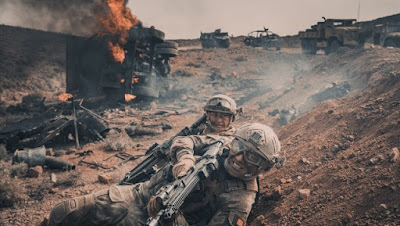 Thinking back, I honestly can’t remember a mainland Chinese film before Dante Lam’s Operation Red Sea that depicted modern Chinese soldiers getting killed. I don’t mean getting killed as in “valiantly sacrificing themselves,” I mean getting unexpectedly fugazied in a war zone. Make no mistake, the 8-man special forces unit at the core of the film undergo physical punishment the likes of which one scarcely sees outside schlocky horror movies: they get fingers and limbs blown off, half their faces torn away, their bodies pumped full of bullets and shrapnel, their arteries shot so they slowly bleed out in their comrades’ arms. It’s gory, grimy, gritty stuff made all the more surreal by the fact that the film is unapologetic Chinese military propaganda. Make no mistake—Operation Red Sea is a nationalistic Chinese power fantasy not unlike the low-budget Cannon Group actionsploitation dreck of the 80s and 90s. 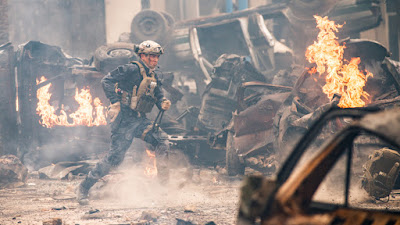 I can say with little exaggeration that Dante Lam’s Operation Red Sea might be the single greatest and most exhausting piece of action filmmaking since George Miller’s Mad Max: Fury Road (2015): it’s a scourging spectacle of whiz-bang pyrotechnics, harrowing shoot-outs, breathless sniper battles, and awe-inspiring imagery like a tank battle fought within an apocalyptic sandstorm (“Witnessed!!”). 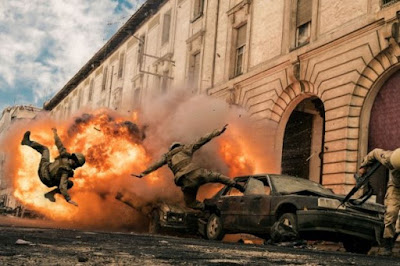 But it’s also perhaps the most politically unnerving and dangerous one since Michael Bay’s right-wing Benghazi fanfic 13 Hours (2016). The film centers on the elite Jiaolong Assault Team as they save Chinese ships from Somalian pirates, rescue Chinese citizens—and only Chinese citizens—from a Middle Eastern town overrun by Arabic terrorists, and retrieve a stolen shipment of yellowcake uranium produced by an evil American businessman. Somewhere along the way they pick up a French-Chinese journalist with a personal vendetta against terrorists stemming from her having lost her husband and son in the 7 July London bombings. (And yes, they use real footage of the aftermath and carnage to legitimize their 7/7 OC.) There’s a hilarious subtext running beneath the film that may or may not have been intentional that if you’re not Chinese, then the Chinese military is either uninterested or incapable of saving your life. During the film, they fail to evacuate Arabic hostages, fail to save a busload of African civilians from being mortared into chicken nuggets, and fail to save the journalist’s European assistant from being beheaded by the terrorists. But it hardly matters—the Chinese civilians were all saved and China’s growing global supremacy as a superpower has been strengthened. 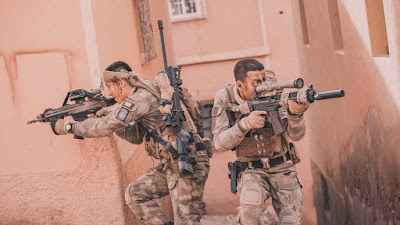 It can’t be emphasized how jaw-dropping and relentless the action in Operation Red Sea is—some of the practical effects involving literal walls of vehicles being blown apart rival anything done by Miller, James Cameron, or Steven Spielberg. But then you see the credits stinger where a group of Chinese navy ships intercept a flotilla of American battleships invading China’s territorial waters and you remember that this is yet another film in a worryingly long line of jingoistic action films that bodes poorly for the future of US-China relations. 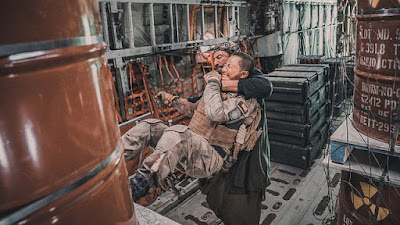