NYAFF 2018 CAPSULES: HIT THE NIGHT, END OF SUMMER and THE RETURN 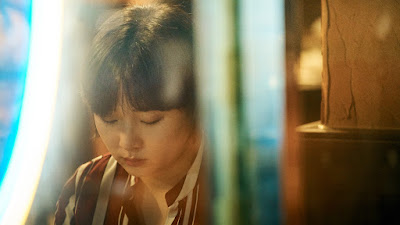 HIT THE NIGHT
A filmmaker interviews a friend of hers over drinks in order to get information for an upcoming film, but he has another motive in mind.

If you are a fan of filmmaker Hong Sang-soo then you will be delighted with exploration of the territory between men and women. Simply a series of conversations this is not something to see if you want any sort of action of any sort other than verbal. The the fireworks are in the words.

If you like the idea of two people sitting around talking this is for you.

(For me this was like watching a Sang-soo film, something I liked but as soon as it was done I was ready to go to the next thing) 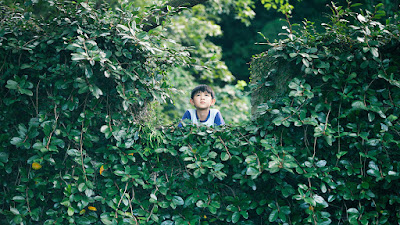 END OF SUMMER
The effect of the 1998 World Cup in China on a staid teacher, a grumpy Grandfather and a 10 year old boy.

Don’t go into End of Summer looking for a sports film and you’ll be fine. This is a sweet little drama that tugs the heart strings a bit before disappearing from the brain. I enjoyed it while it was on but it got washed away in the wave of other films playing at NYAFF. 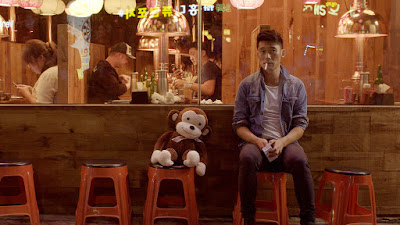 THE RETURN
Two Danish-Korean adoptees return to Korea to try and run down their birth families and the country they never knew.

With overseas adoption being a booming industry this ix of fiction and documentary is a revealing look at what it means to be born in one place to one set of parents and raised by another some where else. An emotional journey for everyone involved this is a film that will stick with you hanging around on the fringes of your psyche making you wonder what if it as you.
Posted by Steve Kopian at July 06, 2018