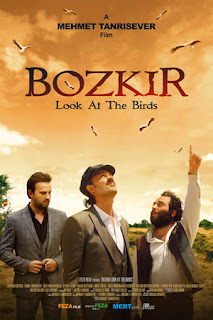 The story of Abdullah and Ziya, two friends and partners and what happens when Ziya harasses a married woman.

Okay drama  doesn't seem to really know what it is at times. Some of this seems a bit too silly despite the serious nature of the story. I think it is more the filmmaking than the tale itself which is interesting enough that it kept me watching. To be honest I liked the film but I didn't love it and found it more of interest because it is one of the few recent Turkish films I've been able to see.
Posted by Steve Kopian at February 27, 2020