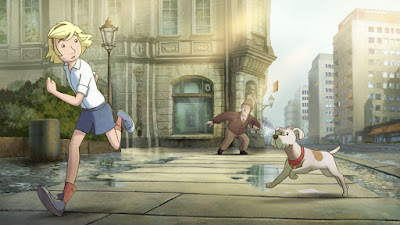 As Fritzi watches her friends dog while they are on a trip to Hungary, the protests that would lead to the collapse of the Berlin Wall and the reunification of Germany sweep up the young girl.

Good historical drama that will introduce kids to a time not so long ago when Europe was divided and there was real danger if you wanted to cross borders. Moving along at a good clip the film manages to be a neat little thriller as well as a historical time piece.

I really like the film a great deal and was swept along by the events, despite my having a good idea how it was all going to come out.

FRITZI plays the next three weekends at NYICFF. For more information and tickets go here.