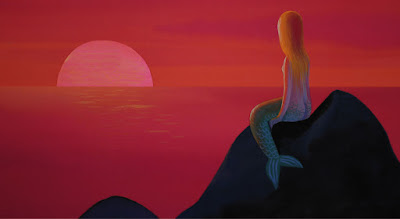 Animation First is going to be running a collection of Guest of Honor Jean-François Laguionie's Shorts and you need to go. While his recent films like THE PRINCE'S VOYAGE and LOUISE BY THE SHORE show his creativity, and ability to tell a story in a long form, his shorts are a series of masterpieces where his imagination and talent ran rampant.

I discovered Laguionie way back in 2012 when the New York Children’s Film Festival did a sidebar of French animation and as part of it ran his first feature GWEN, BOOK OF SAND. A long form version of what he was doing in the shorts it was a trippy journey across a dying world. I had seen the film on an import DVD without subtitles and marveled at the visuals. When I saw the film projected, in a fragile print that was the only known English subtitled copy I fell under its spell since the minimal dialog added so much to the film. I went home and watched the bonus disc which was a collection of all of his shorts.

Jean-François Laguionie is a supreme artist. He has this glorious knack of telling stories that begin one way, shift in the middle and end up somewhere else. His use of dialog and written language is never happenstance, Everything is there for a reason, if he is using words they are there for a very specific purpose for the plot or for a point he is making. Nothing is used just as filler. When you watch his shorts, many of which have no dialog, any words that appear on screen are there for a purpose. In ROWING ACROSS THE ATLANTIC we see one of the characters writing in a journal to advance the plot. In other films buildings are labeled letting us know the pomposity he is deflating.

I love that his films don’t look like anyone else’s. When you watch the collection you’ll notice how the look and feel changes no two ever truly are the same the same. Major studios like Disney or Ghibli have a house style that make all the films happening in the same world. With  Laguionie that isn’t the case A BOMB BY CHANCE is not happening in the world of POTR AND THE MERMAID and vice versa. Laguionie understands that the sensibility and storytelling are enough to make it clear that we are seeing the work of one man. We don’t need to have it all look the same.

If you don’t know Jean-François Laguionie's work on any level and if you are a fan of animation of all sorts the easiest way to describe his films as being akin to Paul Grimault‘s THE KING AND THE MOCKINGBIRD.

I apologize for not going into a big discussion of each of the films in the collection, but Laguionie's deserves more than just cataloging his past glories. All his works are works of art and all have their merits. To break them down and compare them is pointless they are all treasures in their own way. Yes I love some more than others, but I like every one if for no other reason is that they all take me somewhere else while making me feel and think. I have to be engaged.

In all seriousness you need to see this collection on the big screen. Having seen all of the films big and small, I will tell you big is better. Not only does it force you to engage with the films, but it makes you see details you will not notice on TV or cellphone. Laguionie's fills his frames with details that may not be noticed small.

Go see the collection. If you love animation you must see this.

The Imaginary Worlds of Jean-François Laguionie plays at Animation First this SUnday. For more information and tickets go here 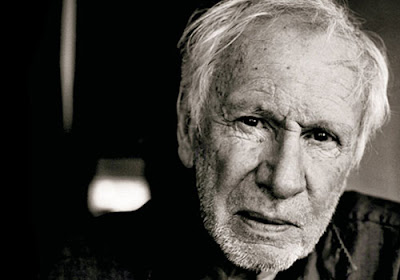