LET IT BURN and PIROTECNIA at Neighboring Scenes 2020 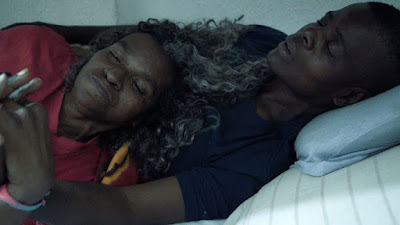 LET IT BURN
Portrait of the seven-floor Dom Pedro hostel in downtown São Paulo, which houses 107 homeless residents. Many of the people are from fringe communities, many have drug or mental health issues. Director Maíra Bühler often stands outside the and lets things happen before the camera. Other times, and often most compellingly, the camera comes in close on holds tight on a person’s face as they talk about their lives. It’s all a serious kick in the ass which slowly gets under you skin. I wasn’t sure I really wanted to be that in the face with some of these people but slowly I became invested and I couldn’t look away. A masterful portrait

LET IT BURN Saturday the 15th 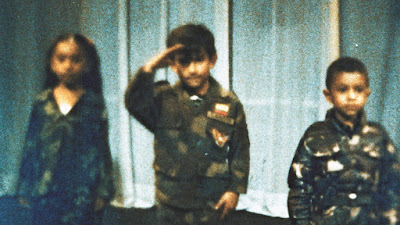 A brilliantly constructed film that is ever changing as it goes. Beginning with a look at a series of photographs that record the execution of the four men who tried to kill the president of Columbia in 1906 which some people say is the start of the cinema in the country and moving onward through his own family’s story and the countries recent military history, the film knits together a huge portrait of not only the subjects it covers but existence on a larger level. Large and small events echo with each other in unexpected places . For me the process of watching the film was a series of "Ah Ha" moments as I caught echoes of earlier bits. I found that I wanted to stop the film and go back. More to the point when the film ended I wanted to watch it again just to see how it plays now that I knew where it was going. That my friends, is a great film to me

For more information or tickets to these films go here
Posted by Steve Kopian at February 11, 2020