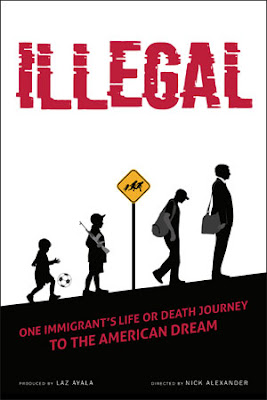 ILLEGAL
Feature portrait of Laz who came from El Salvador crossing the border in the trunk of a car and how he rose to become a US citizen and multimillionaire philanthropist.

Infomercial like and hagiographic portrait of its subject that is wildly over long at 90 minutes. While it is great to see a story that isn’t the typical struggling to survive immigrant tale, the fact that the whole thing is rah rah and filled with Laz‘s rich friends kind of wears out it’s welcome after a while. While never bad I would have liked it if we didn’t have his success telegraphed all the way through- it takes the edge off things when we know he ends up rich with rich friends. 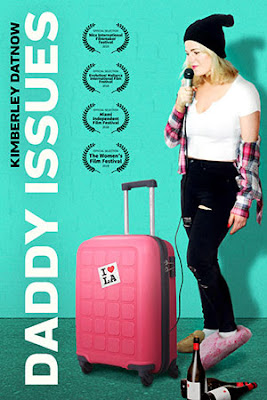 DADDY ISSUES
Struggling comic receives word that her rich father has died. Leaving her his California estate he wants her to give up her comedy hobby and run his business, lest his life is revealed to be an utter failure.

All over the place comedy often tries way too hard to be funny with the result a lot of it falls flat. To be honest the least interesting thing in the film is the main character who seems to be trapped in a losing battle with saving the film. On the other hand if you look past the main character and main plot line there are all these great side characters, great performances and wonderful little throw away bits (I love the Harry Potter exchange toward the end) that show what the film could have been had the film didn’t try so damn hard.

While I am very mixed on the film there are enough laughs and good little bits that the film is definitely worth when the film hits a streaming platform
Posted by Steve Kopian at February 25, 2020