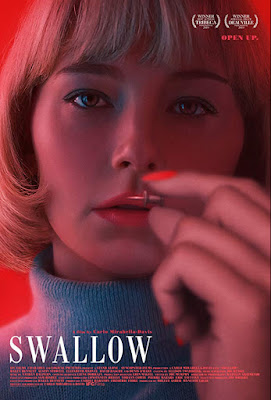 Hunter, an expectant mother begins her journey down a dangerous path to self destruction. Can she find a better way to cope with her loneliness or will she let it consume her? It becomes obvious very early on that although Hunter loves her husband their marriage isn’t ideal. She is constantly trying to be the perfect wife for Richie and in doing so she loses a part of herself. She lacks the ability to control her life and in an effort to gain back that control she starts experimenting by swallowing small objects. It seems perfectly harmless at first but as we dig deeper we start to realize that this has become a dangerous obsession. 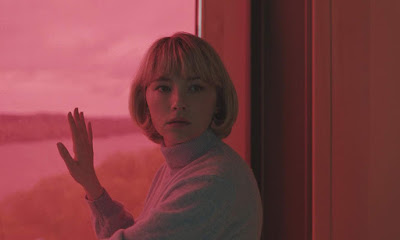 Swallow is a great example of a film that concentrates on the darker side of marriage. It explains in detail what can happen when you marry someone and you spend that entire relationship not being yourself but trying to be someone else for the one you love. It’s a great way to look into a relationship without rose tinted glasses. Few films are able to do this in a way that is truly relatable. 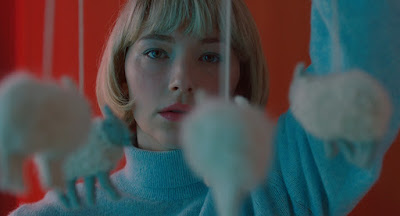 Haley Bennett’s portrayal of Hunter is fantastic. She is able to make her character seem both relatable and detached all at the same time. It’s almost as if she’s playing two separate characters that merge together seamlessly and I applaud her for her abilities. After seeing this film I cannot imagine anyone else playing the role of Hunter. 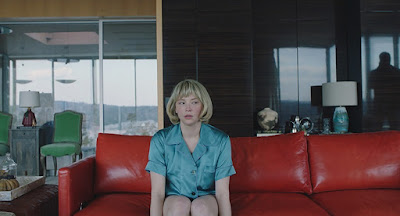 Denis O’Hare plays the pivotal role of Irwin in this story. Sometimes it’s the characters who provide the backstory that are the important ones. They tell us about who the main character is and what they’ve gone through to lead up to the moment when we meet them. I have been a big fan of Denis’s work and I think he really shines here.

If you are a fan of strong female characters I urge you to check out Swallow. It gives a real, heartfelt look into life and shows that no one is perfect even if it appears so from the outside. I give Swallow a 10/10. The directing, writing, acting, cinematography, and music are all brilliant. It all comes together to tell the story of a perfectly imperfect housewife. Swallow debuts in select theaters and on demand on March 6, 2020 and is currently being shown at Final Girls Film Festival in Berlin, Germany.
Posted by She Loves The Night at February 06, 2020