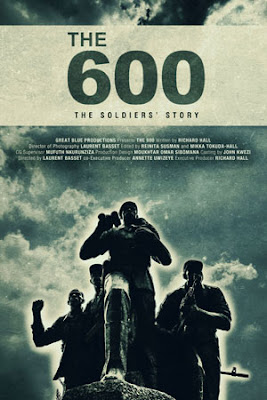 This is an excellent documentary chronicling the story of the 600 Rwandan Patriotic Front (RPF) soldiers during the Rwandan genocide who ended up caught behind what was essentially enemy lines and fought to save themselves and innocents from the genocidal forces that had risen up in the country.

Taking the time to set the stage for what happened this is the first film on the genocide that really explained what happened and why. I'm not talking about the events surrounding the 600, which until this film I knew nothing about, but rather about the genocide itself. Once we have been properly briefed the film then moves on to tell the story that is its main focus.

While the film can be a bit overly emotional at times with the use of music, the stories we hear from survivors always keep us focused. Through their words we come to understand what happened and why the story of the 600 needs to be told.

A solid film that I want to revisit- and as such it s recommended.