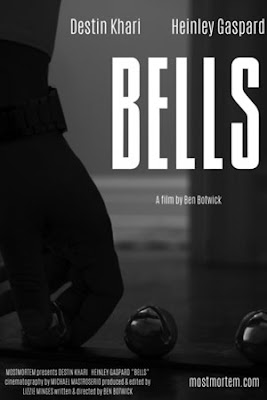 BELLS
A father leans why his son insists on bells on the door. Small scale shocker perfectly told- an no I gave nothing away in the description- trust me. 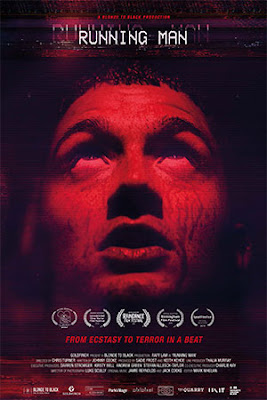 RUNNING MAN
Young man convinces his friends to take part in a drug trial and it all goes wrong. Good film with style to burn (I want to see what director Chris Tuner does next) really should be a bit longer because by the time everything is set in motion it's almost over. While it isn't fatal, its the difference between being good and being great 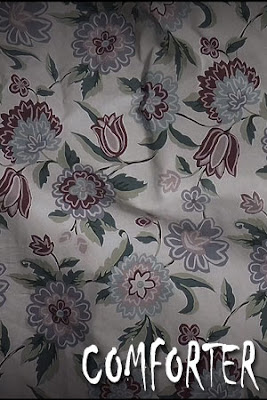 COMFORTER
Its three minutes about the title.
I can't say anything other than it gave me freaking chills- goosebumps up and down my whole body in three minutes.
Hell yea! 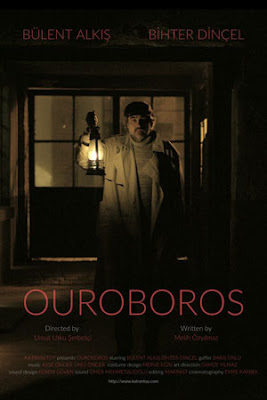 OUROBOROS
Wanting to atone for the death of his wife a man makes a deal with a high price. Good little horror film with a sting in its tail is not going where you think it is and as such is much better than you think its going to be. 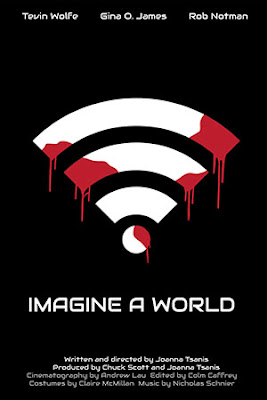 IMAGINE A WORLD
A couple encounters a door to door internet salesman who won't take no for an answer. An amusing if bloody little confection 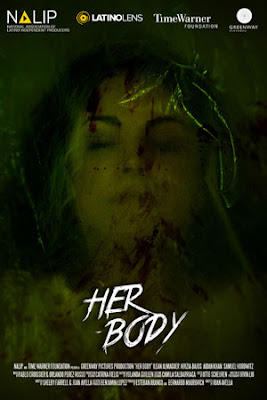 HER BODY
A woman wakes up wrapped in plastic and is about to be sold to a body traffickers. Mean and nasty and really good. Normally I would hate this sort of film but god damn is it a sweet revenge tale. A must see. (as is what ever director Juan Avella does next) 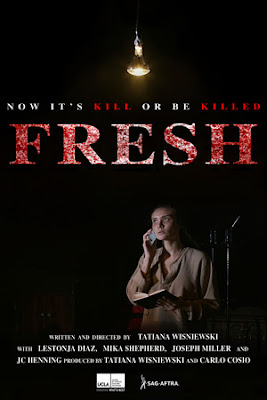 FRESH
Philosophy student accidentally performs a ritual and finds herself changed. A good little poisoned confection. While that may not sound like much when compared to the other films in this collection it still is a solid entry. 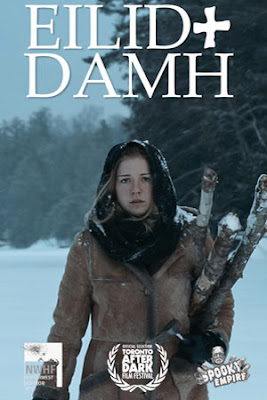 EILID + DAMH
Two sisters have to find common ground to pick up the pieces after a tragedy. Its a good film that probably could work as a great feature. 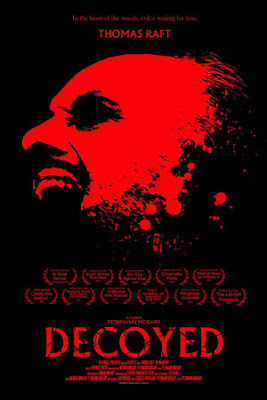 DECOYED
A man gets caught in a loop.
Moody great looking chiller that doesn't quite stick the landing. While really good for most of the run time I'm not sure the ending works. 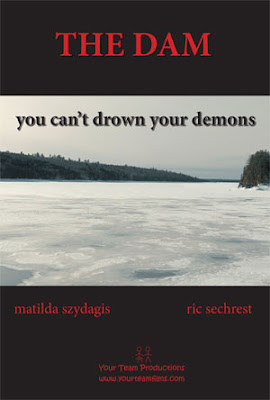 THE DAM
A dam worker in a ton of mysterious disappearances and murders tries to get away from his demons. There is something here and it has moments but I'm not sure it completely works 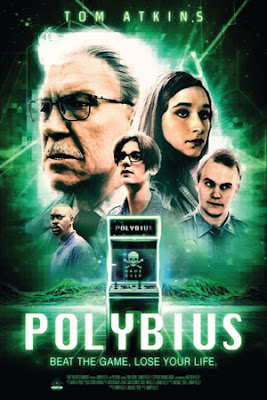 POLYBIUS
A girl tries to convince a sheriff an arcade game is causing suicides. Allegedly based on a story that is now an urban legend of a government plot involving evil video games  this is a nice 11980's thow back horror film that screams out to be a full feature film. Worth a look- because I don't know if they'll make the feature it deserves to be.
Posted by Steve Kopian at February 22, 2020