If you are an animation junkie living in and around the New York City area you need to know that this week French Institute Alliance Française‘s Animation First is this week. The festival itself starts Friday however there are some Around The Town events, such as the excellent THE PAINTING, are playing earlier (The schedule is here)

I am not going to go into a long discussion of the festival- know that it rocks. It is wonderful showcase of animated films, mostly from France, that you may not have seen before. And trust me when I tell you this is a great festival, it is absolutely the truth. I have seen pretty much everything playing (the exception being some shorts) and even the things that were not my cup of tea are worth seeing. This is the third year of the festival and it already has cemented itself as one of the must attend festivals of the film year.
One of the best things about the festival is that they bring the filmmakers to the people in the seats. Every year almost all of the directors of the features and some of the shorts come to New York so if you want to talk with world renown filmmakers this is the fest for you. Not only do the directors introduce and discuss their films at the screenings, but they will sit down and do extended interviews. This year Lorenzo Mattotti , best known for his New Yorker covers, and whose THE BEARS' FAMOUS INVASION OF SICILY opens the fest will be sitting down for a talk on Sunday Afternoon. Additionally the legendary animation god and guest of honor Jean-François Laguionie will not only be screening a number of his features and a good number of his shorts, he will be doing a talk on Saturday. The festival will also be having talks on Women in Animation as well as some work in progress presentations. Best of all are the talks and special presentations are FREE, so all you have to do is show up early enough to get a ticket. (Assuming the weather and the LIRR cooperates I’m planning on being there for some of it.)

I know you’re wondering what you should see. The easy answer is anything and everything that interests you. It’s all that good. If you want a cheat sheet of the cream of the cream I would recommend the following films 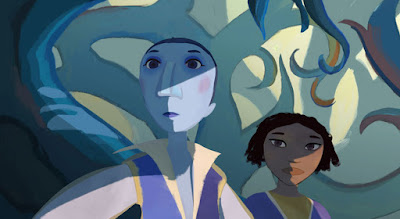 THE PAINTING is playing Wednesday night and is killer. The story of a figure in a painting who goes off to find the painter, it’s mediation on the nature of reality and god has haunted me since I saw it way back in 2012. I recently showed the film to Nate Hood and completely blew his mind. One of Jean-François Laguionie‘s best films and a must see. 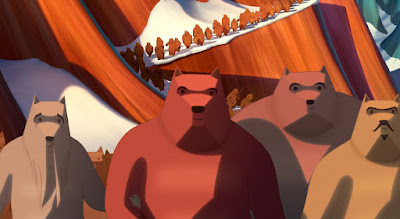 THE BEARS' FAMOUS INVASION OF SICILY is an absolute must. One of the best looking animated films I have ever seen, (it looks like what it is, one of director Lorenzo Mattotti‘s illustrations come to life), it is a film of such beauty that you will audibly gasp. 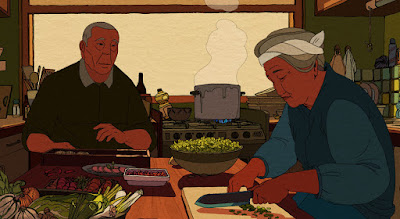 THE BEST ANNECY SHORTS kick ass. There are some absolute gems in the collection including a couple of Oscar nominees. 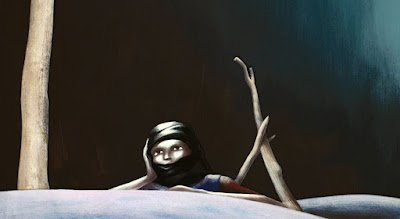 I am going to throw a wild card out there. Jean-François Laguionie first feature GWEN, THE BOOK OF SAND is a trippy film that has a similar in feel to FANTASTIC PLANET. I first saw the film back in 2012 on an unsubtitled import DVD and I liked it. A couple of weeks later I saw it at the New York International Children’s Film Festival when they screened the only known English language print was screened (with a warning it was so fragile it might break of burn) and was blown away. Yes the minimal dialog made things clearer, but the real kick was seeing the images as big as a wall. I was completely floored. This is a new restored cut  which  makes it even more a film not to see on your phone. Go see it

So there you have it- our brief curtain raiser. Now it’s your turn to go look over the schedule and buy tickets.

Look for reviews all week.