A pointer toward Sleepless Unrest: The Real Conjuring Home (2021) 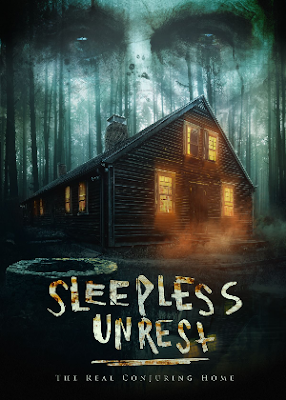 This is a documentary about a group of paranormal investigators who spend two weeks in the house that was the inspiration for THE CONJURING.

I am not going to do a real review of this film because this isn't really a film that is in my wheelhouse. The film is similar to the paranormal investigator TV shows that you see on cable but without commercials, hype about what is going on or the need to vamp for the next show.

Actually the fact that this isn't a TV show is a major selling point. The film scores a lot of points just by allowing things to run and not have to set up the next segment.  Events are allowed to play  out and not feel as edited.

While the film is better than the vast majority to its TV cousins it still hits many of the same tropes of the crew going around setting up  cameras and being freaked out by creep noises. If you like that sort of thing this is going to be manna from heaven. For me it was just okay.