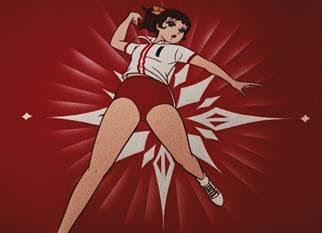 This is a look back at the unbeatable Japanese volleyball team that was formed as a factory team and went on to international stardom and the 1964 Tokyo Olympics. They had an unbeaten streak that will probably never be equaled in any sport. The film is the first time some of the ladies spoke publicly about what they achieved.

One part sports film, one part biography, one part meditation Witches is a one of a kind film that will play best with patient audiences. I say this because the construction of the film is such that it’s deliberate construction is going to confound anyone looking for a typical sports film. I say this because among other things this is a film that doesn’t use rapid fire cutting  to build excitement and it incorporates anime as a means of telling the story. The result is a film that is more like hanging out with the ladies than being told the tale in a punchy TV documentary style. You have to be willing to go with the film and let it work its magic rather than feeling the urge to turn it off.

I give you the warning since I had to start the film a couple of times because it wasn’t what I expected. I had read a little bit on the film and it sounded like a great film, but when I first tried it I was looking for a typical sports doc, you know like an HBO or ESPN 30 For 30 sort of thing. When I didn’t get exactly what I wanted, I stepped away until I could dive back in and give the film its due. The result  of doing this was discovering a really good little film that tells a hell of a story. It a film that kind of brings us closer to the women on the screen because it really lets us see the women as they are and not in pumped up puff pieces.

This is a really good film that will delight anyone who wants to spend good time with good people and take a unique ride while doing so. 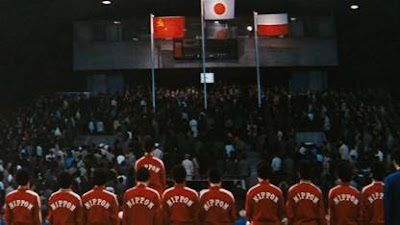