Brief thoughts on THE CALL on Shudder 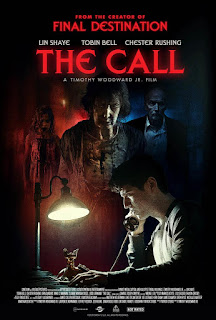 After driving an old woman they thought was a witch the kids responsible are forced to call  the phone inside her coffin and bad things happen.

Outside of Lin Shaye and Torin Bell this film is largely bad. There is no life in there film which feels like a paycheck job for everyone except the stars. Set in 1987 simply to do away with modern conveniences such as cellphones, the time frame adds nothing to the story. Worse it all feels wrong. And by the numbers.

I stopped caring after a short while, only to pay attention when Shaye and Bell appeared.