THE LONELIEST WHALE: THE SEARCH FOR 52 hits VOD today 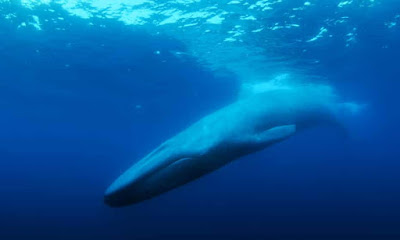 During the Cold War the under water monitoring forces of the US heard the sound of a whale song at 52 megahertz. The frequency was unlike any whale song known. It was so out of the ordinary that people assumed it was un able to communicate with other whales and that there was a good probability that he was all alone. Haunted by the story filmmaker Joshua Zeman decided to see if he could find the whale.

This is a solid little doc. Its a film that casts its net wide and ends up being about more than just the search. The cold war is here, how we as humans see the world is here as are a many other threads. Its a film that is ever changing and ever evolving Best of all it doesn't go as you expect...and you just may tear up at the end for an unexpected reason.

I had a blast watching this. It is a film full of beautiful images  that pull us in and drags us along. I was  hooked and smiling from start to finish.

THE LONELIEST WHALE hits VOD today and is very recommended.